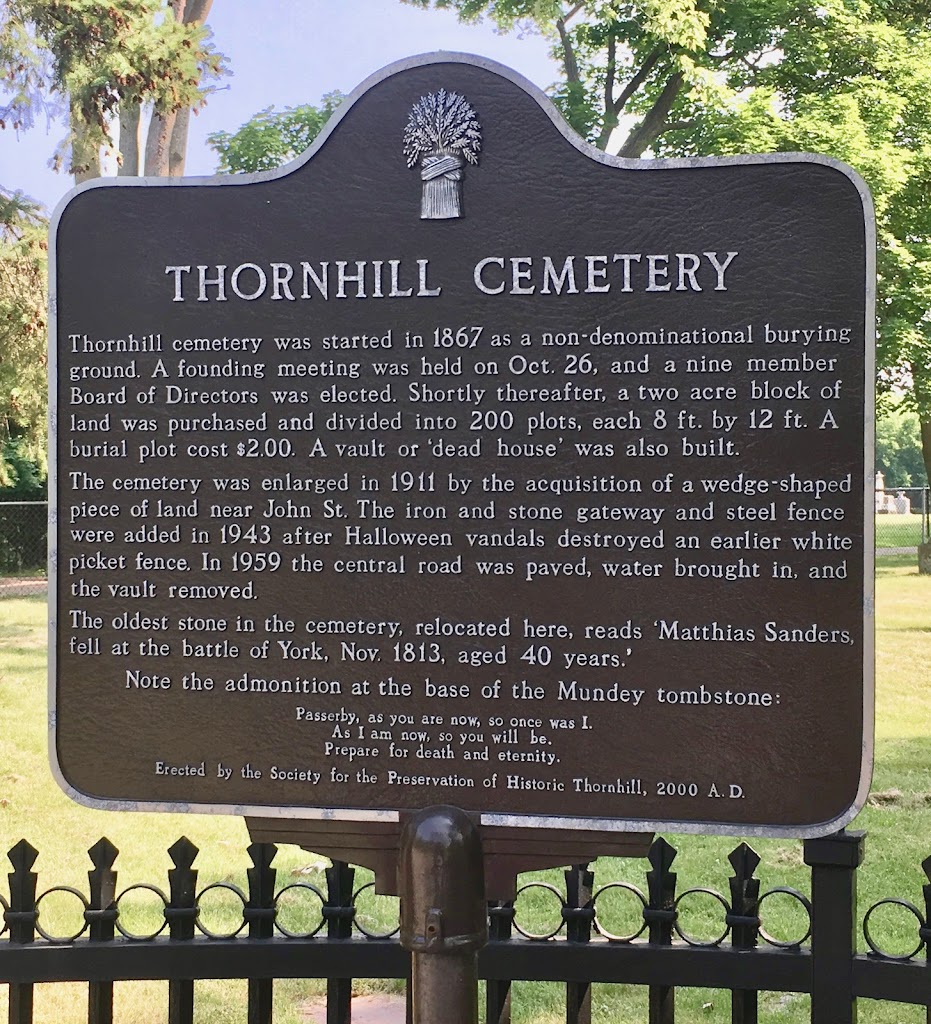 THORNHILL CEMETERY
Thornhill cemetery was started in 1867 as a non-denominational burying
ground. A founding meeting was held on Oct. 26, and a nine member
Board of Directors was elected. Shortly thereafter, a two acre block of
land was purchased and divided into 200 plots, each 8 ft. by 12 ft. A
burial plot cost $2.00. A vault or 'dead house' was also built.
The cemetery was enlarged in 1911 by the acquisition of a wedge shaped
piece of land near John St. The iron and stone gateway and steel fence
were added in 1943 after Halloween vandals destroyed an earlier white
picket fence. In 1959 the central road was paved, water brought in. and
the vault removed.
The oldest stone in the cemetery, relocated here, reads 'Matthias Sanders
fell at the battle of York, Nov. 1813, aged 40 years.

Note the admonition at the base of the Mundey tombstone
Passerby, as you are now, so once was I
As I am now, so you will be
Prepare for death and eternity
Erected by the Society for the Preservation of Historic Thornhill, 2000 A.D.