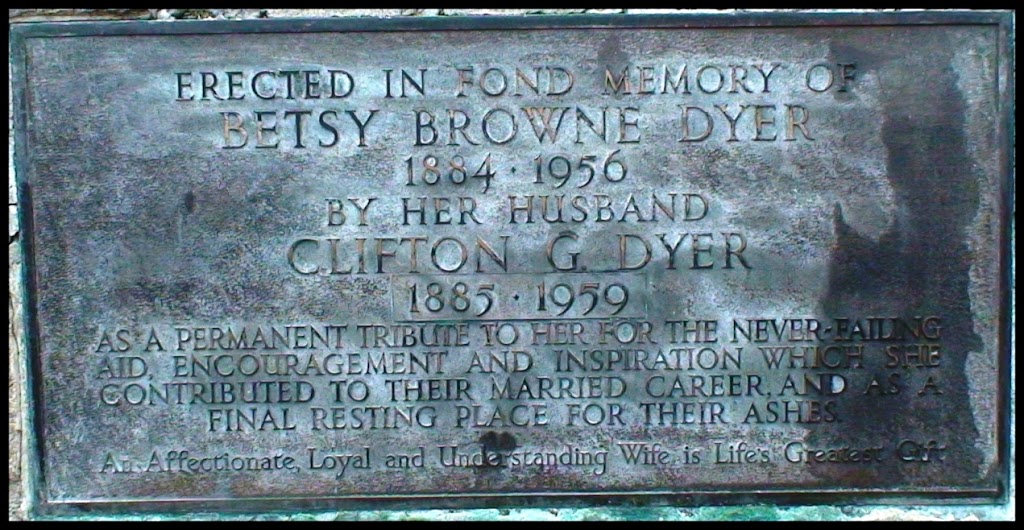 This is a story of undying love. Betsy and Clifton Dyer were from Detroit and spent their 1916 honeymoon on a canoe trip to Algonquin Park, Ontario. Twenty years later, Clifton was a successful lawyer and returned and purchased over 150 acres just outside of Huntsville, Ontario. When his beloved Betsy died in 1956, Clifton commissioned a 14 metre (72 foot) high tower of granite on a hilltop with stone steps leading up to it, surrounded by an English garden. He placed his wife's ashes in the top of the monument. He planted rows of pine trees which today tower around the approach to the impressive tower. In 1959 Clifton passed away and his ashes were added to the top of the tower beside his wife's.