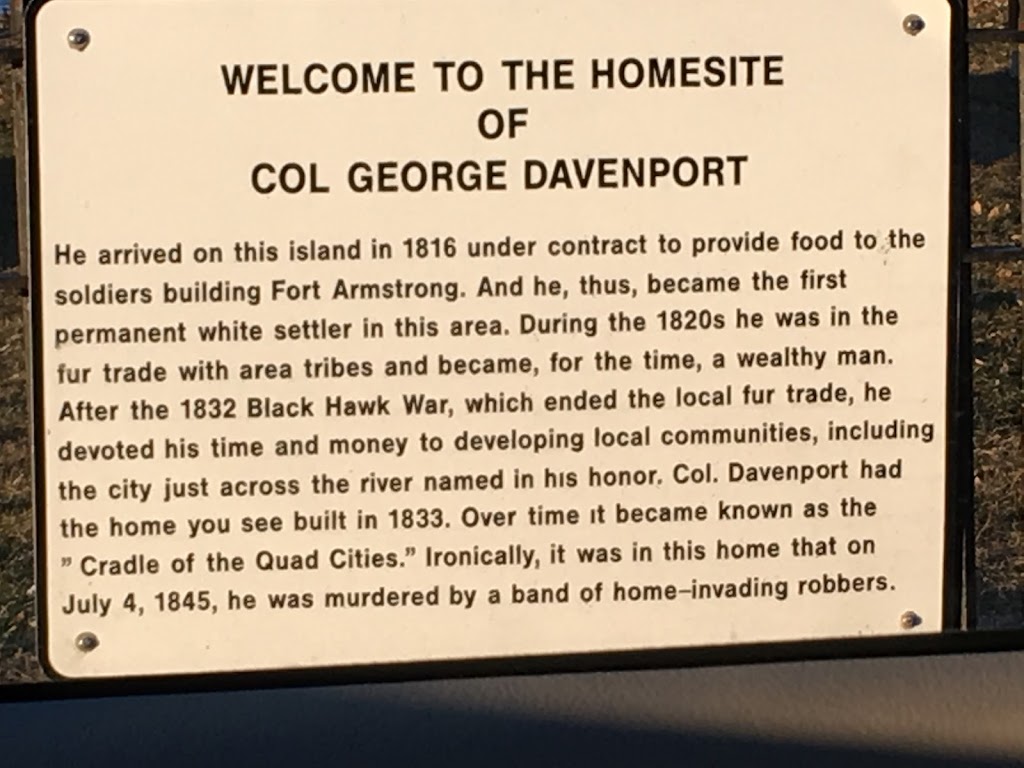 Welcome to the homesite of Col George Davenport

He arrived on this island in 1816 under contract to provide food to the soldiers building Fort Armstrong. And he, thus, became the first permanent white settler in this area. During the 1820s he was in the fur trade with area tribes and became, for the time, a wealthy man. After the 1832 Black Hawk War, which ended the local fur trade, he devoted his time and money to developing local communities, including the city just across the river named in his honor. Col. Davenport had the home you see built in 1833. Over time it became known as the “Cradle of the Quad Cities.” Ironically, it was in this home that on July 4, 1845, he was murdered by a band of home-invading robbers.