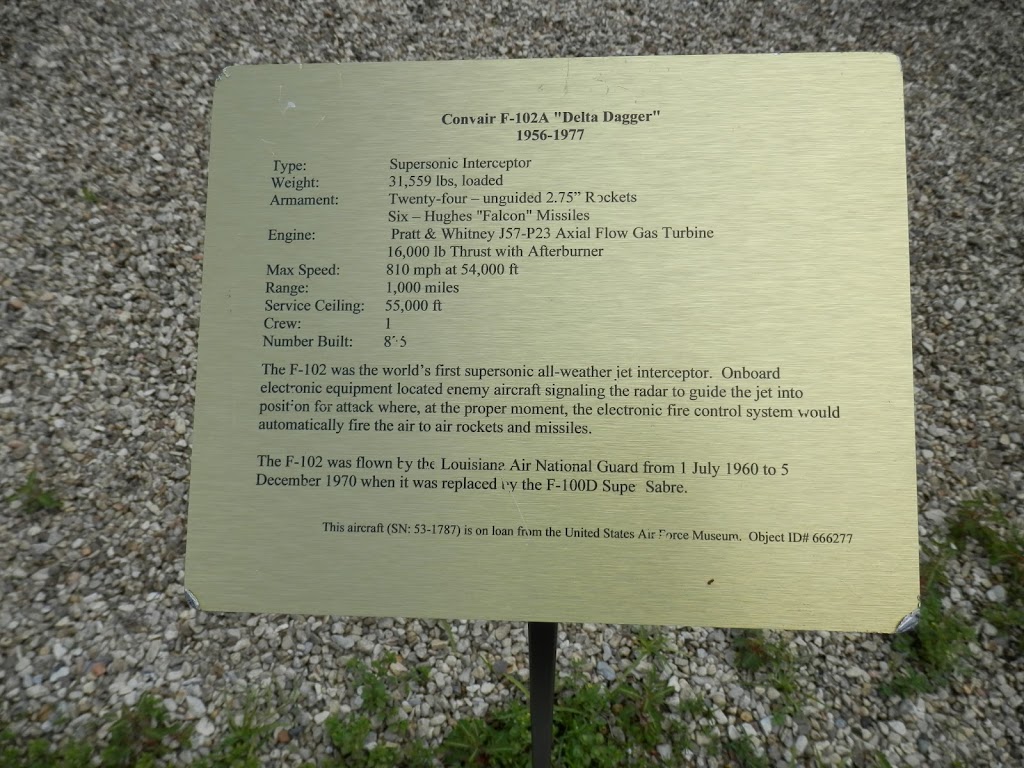 The F-102 was the world's first supersonic all-weather jet interceptor. Onboard electronic equipment located enemy aircraft signaling the radar to guide the jet into position for attack where, at the proper moment, the electronic fire control system would automatically fire the air to air rockets and missiles.