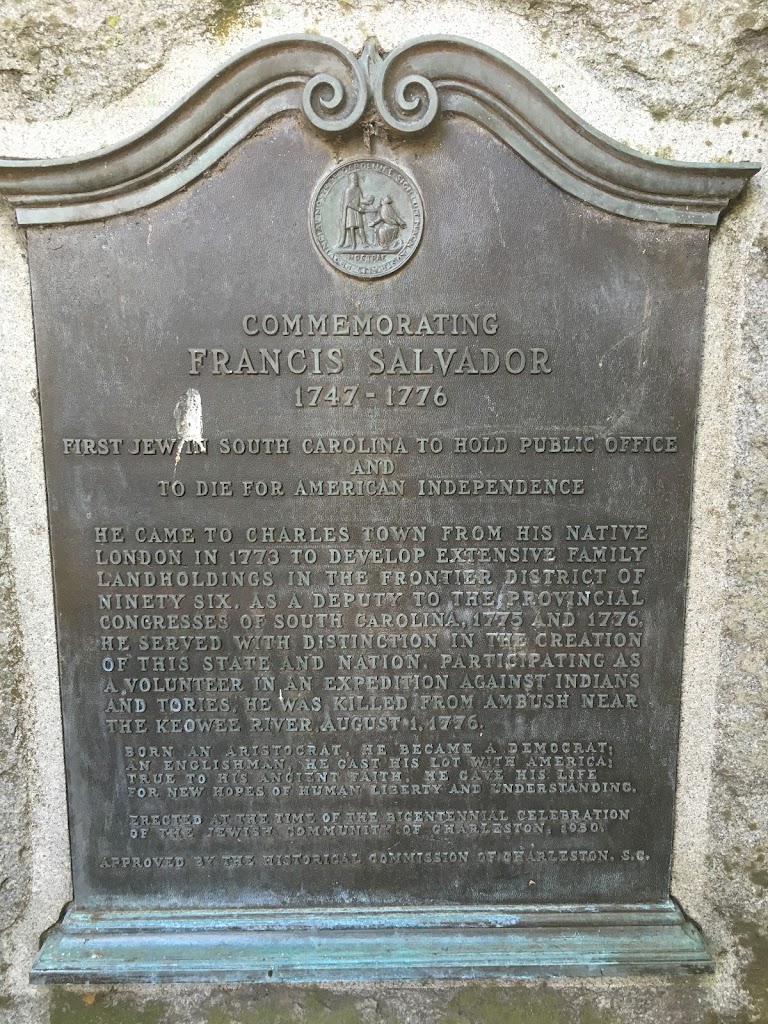 He came to Charles Town from his native London in 1773 to develop extensive family landholdings in the frontier district of ninety six. As a deputy t the provincial congress of Couth Carolina, 1775 and 1776, he served with distinction in the creation of this state and nation. Participating as a volunteer in an expedition against Indians and Tories, he was killed from ambush near the Keowee River, August 1, 1776.

Born an aristocrat, he became a democrat; an Englishman, he cast his lot with America true to his ancient faith. He gave his life for new hopes of human liberty and understanding.

Erected at the time of the bicentennial celebration of the Jewish community of Charleston, 1930.

Approved by the Historic Commission of Charleston, S.C.