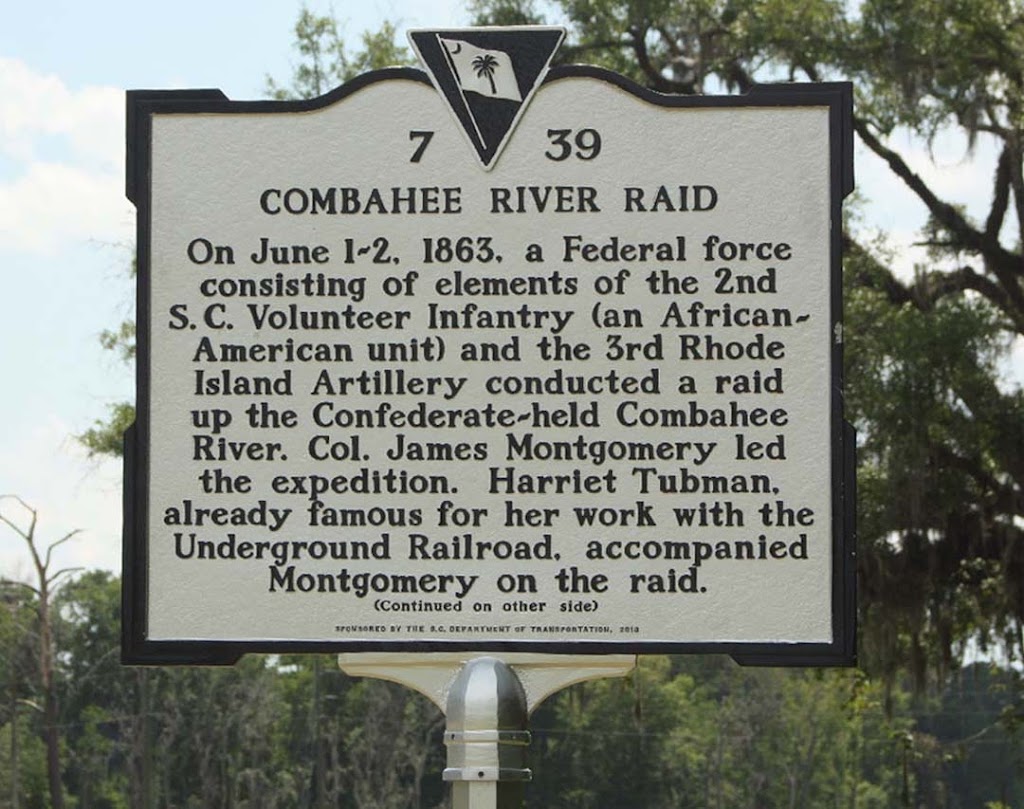 On June 1-2, 1863, a Federal Force consisting of elements of the 2nd S.C. Volunteer Infantry (an African- American unit) and the 3rd Rhode Island Artillery conducted a raid up the Confederate-held Combahee River. Col. James Montgomery led the expedition. Harriet Tubman, already famous for her work with the Underground Railroad, accompanied Montgomery on the raid.

Freedom Along The Combahee

Union gunboats landed 300 soldiers along the river and one force came ashore here at Combahee Ferry. Soldiers took livestock and supplies and destroyed houses, barns, and rice at nearby plantations. More than 700 enslaved men, women, and children were taken to freedom in perhaps the largest emancipation event in wartime S.C. Some freedmen soon enlisted in the U.S. Army.