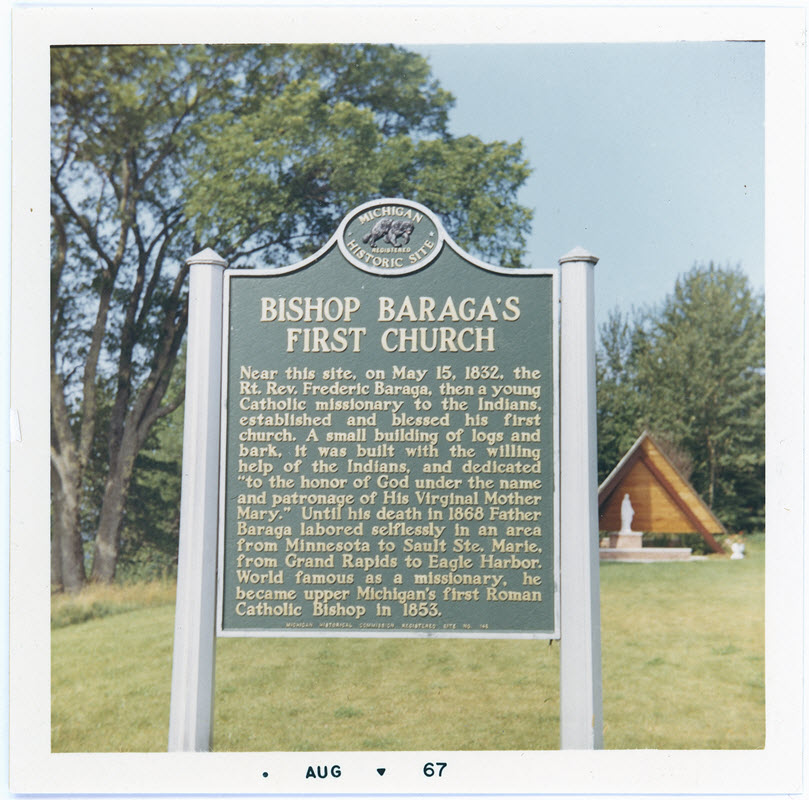 Near this site, on May 15, 1832, the Right Reverend Frederic Baraga, then a young Catholic missionary to the Indians, established and blessed his first church. A small building of logs and bark, it was built with the willing help of the Indians, and dedicated “to the honor of God under the name and patronage of His Virginal Mother Mary.” Until his death in 1868, Father Baraga labored selflessly in an area from Minnesota to Sault Ste. Marie, from Grand Rapids to Eagle Harbor. World famous as a missionary, he became Upper Michigan’s first Roman Catholic bishop in 1853.