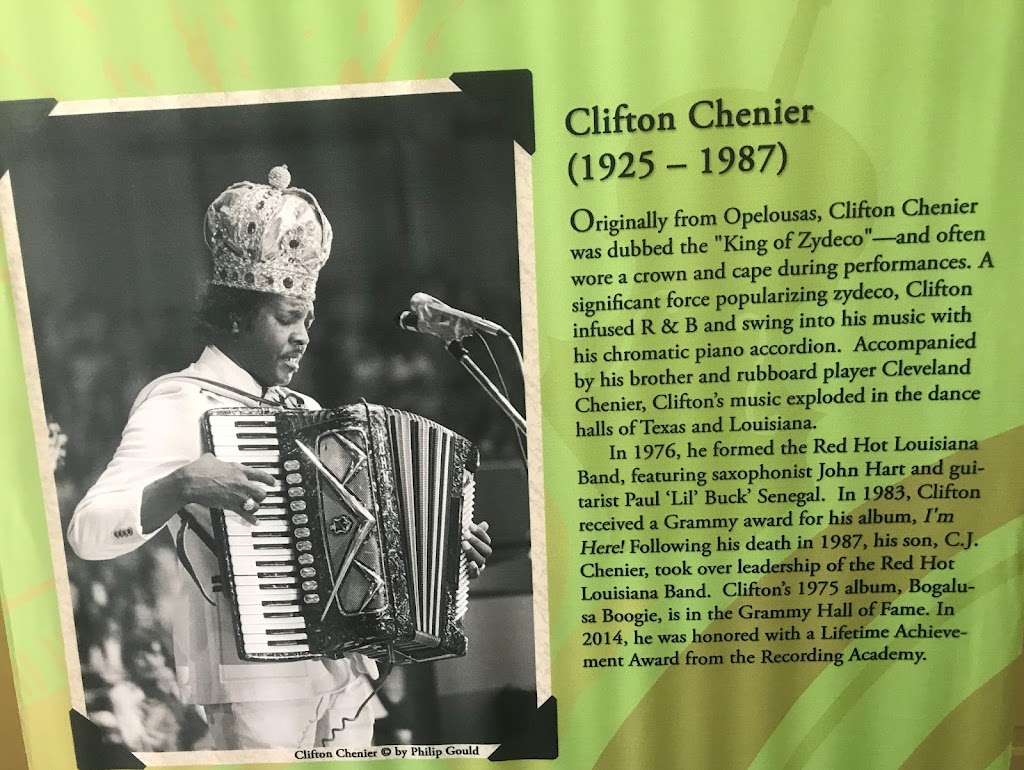 Originally from Opelousas, Clifton Chenier was dubbed the "King of Zydeco" -- and often wore a crown and cape during performances. A significant force in popularizing zydeco, Clifton infused R & B and swing into his music with his chromatic piano accordion.  Accompanied by his brother and rubboard played Cleveland Chenier, Chenier's music exploded in the dance halls of Texas and Louisiana.
In 1976, he formed the Red Hot Louisiana Band, featuring saxophonist John Hart and guitarist Paul 'Lil' Buck' Senegal. In 1983, Clifton received a Grammy award for his album I'm Here! Following his death in 1987, his son, C.J. Chenier, took over leadership of the Red Hot Louisiana Band. Clifton's 1975 album, Bogalusa Boogie, is in the Grammy Hall of Fame. In 2014 he was honored with a lifetime Achievement Award from the Recording Academy.