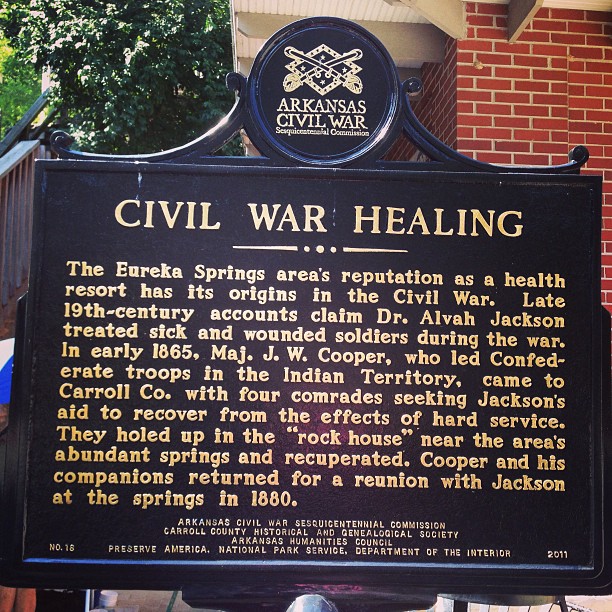 The Eureka Springs area's reputation as a health
resort has its origins in the Civil War. Late
19th-century accounts claim Dr. Alvah Jackson
treated sick and wounded soldiers during the war.
In early 1865, Maj. J. W. Cooper, who lead Confed-
erate troops in the Indian Territory, came to
Carroll Co. with four comrades seeking Jackson's
aid to recover from the effects of hard service.
They holed up in the "rock house" near the area's
abundant springs and recuperated. Cooper and his
companions returned for a reunion with Jackson
at the springs in 1880.