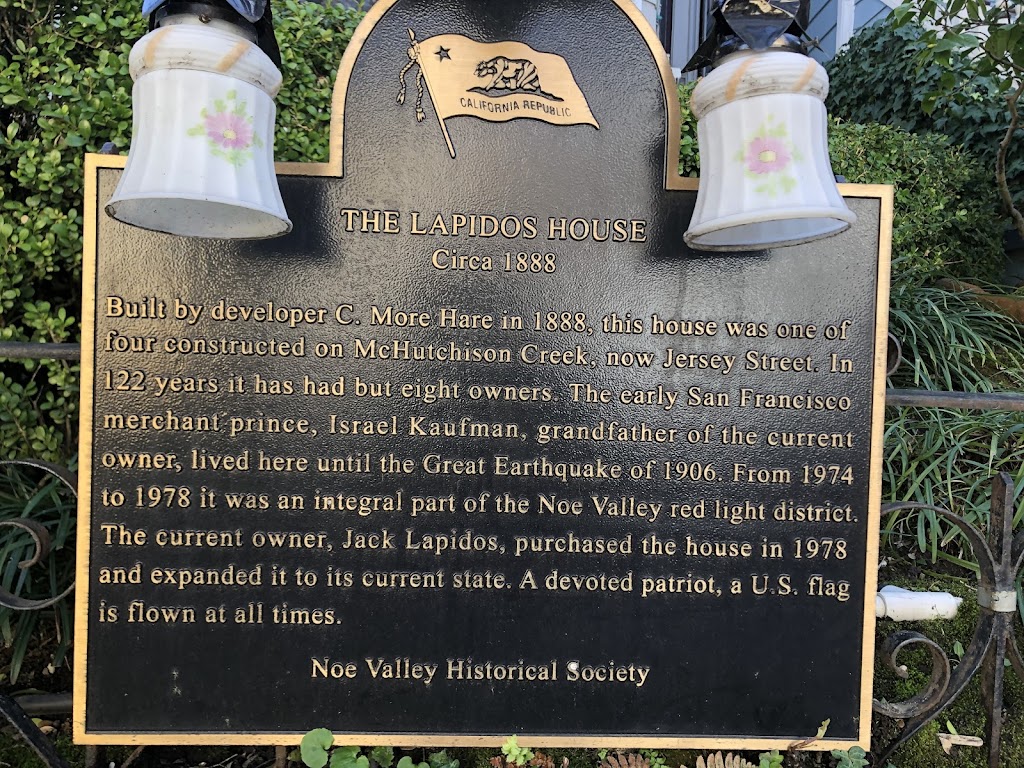 THE LAPIDOS HOUSE
Circa 1888
Built by developer C. More Hare in 1888, this house was one of
four constructed on McHutchison Creek, now Jersey Street. In
122 years it has had but eight owners The early San Francisco
merchant prince, Israel Kaufman, grand father of the current
owner, lived here until the Great Earthquake of 1906. From 1974
to 1978 it was an integral part of the Noe Valley red light district.
The current owner, Jack Lapidos, purchased the house in 1978
and expanded it to its current state. A devoted patriot, a U.S. flag
is flown at all times.
Noe Valley Historical Society