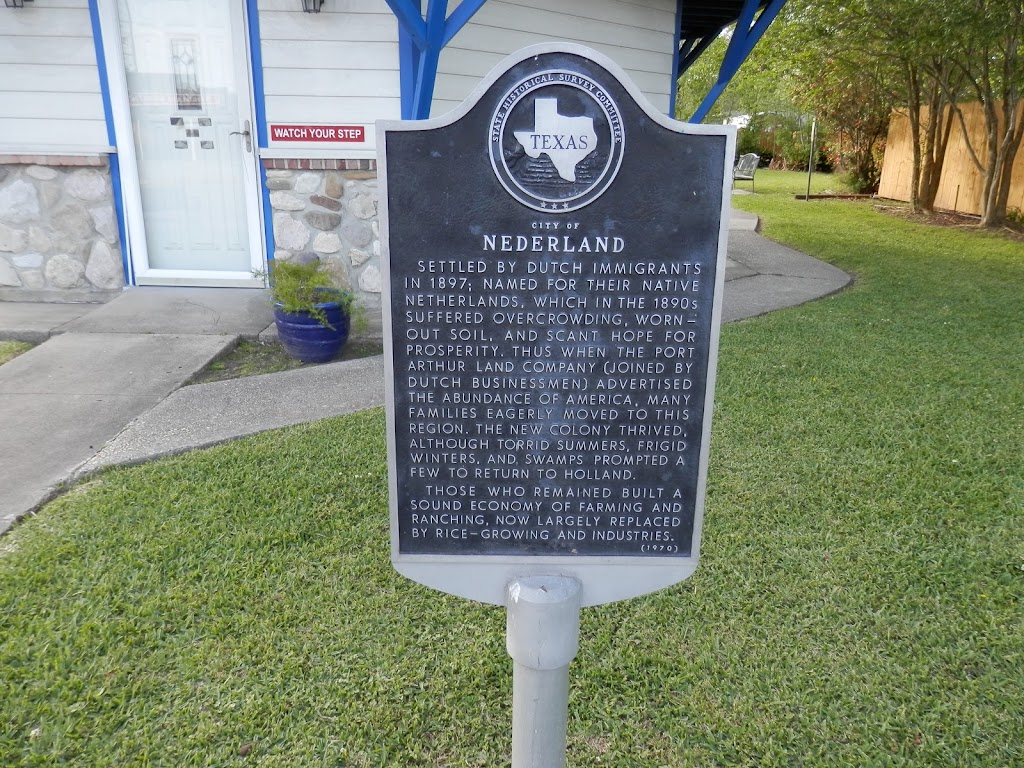 Settled by Dutch immigrants in 1897; named for their native Netherlands, which in the 1890s suffered overcrowding, worn-out soil, and scant hope for prosperity. Thus when the Port Arthur Land Company (joined by Dutch businessmen) advertised the abundance of America, many families eagerly moved to this region. The new colony thrived, although torrid summers, frigid winters, and swamps prompted a few to return to Holland.

Those who remained built a sound economy of farming and ranching, now largely replaced by rice-growing and industries.