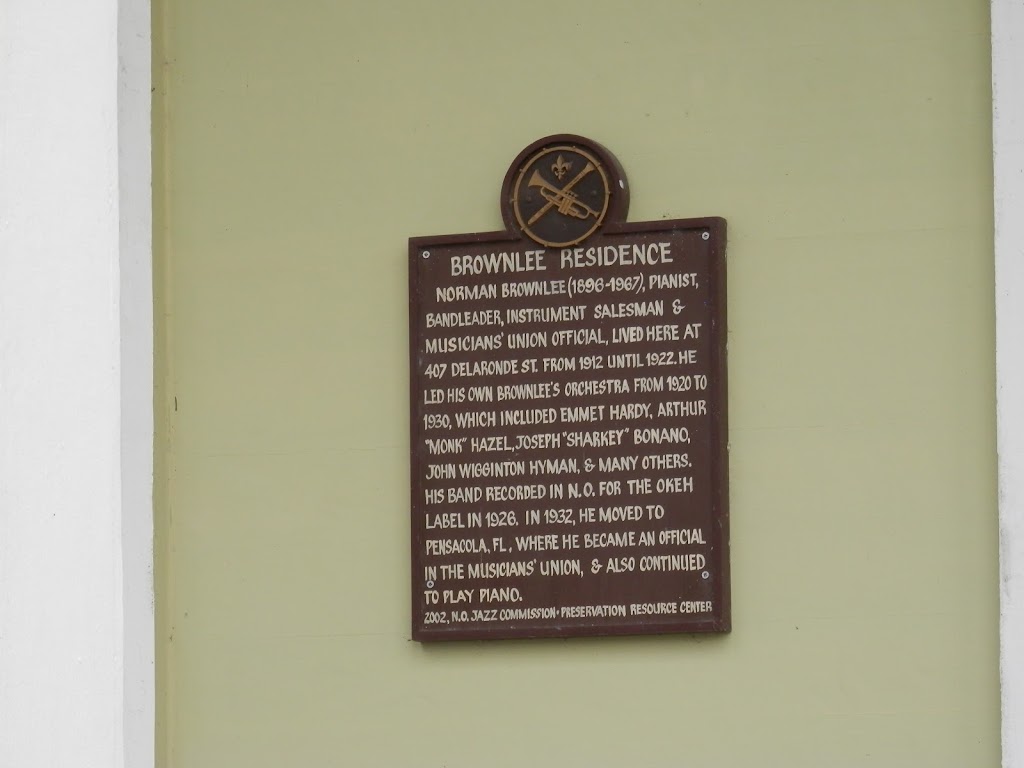 Norman Brownlee (1896-1967), pianist, bandleader, instrument salesman, & Musicians’ Union official, lived here at 407 Delaronde Street from 1912 until 1922. He led his own Brownlee’s Orchestra from 1920 to 1930, which included Emmet Hardy, Arthur “Monk” Hazel, Joseph “Sharkey” Bonano, John Wigginton Hyman, & many others. His band recorded in New Orleans for the Okeh label in 1926. In 1932, he moved to Pensacola, FL, where he became an official in the Musicians’ Union, & also continued to play piano.