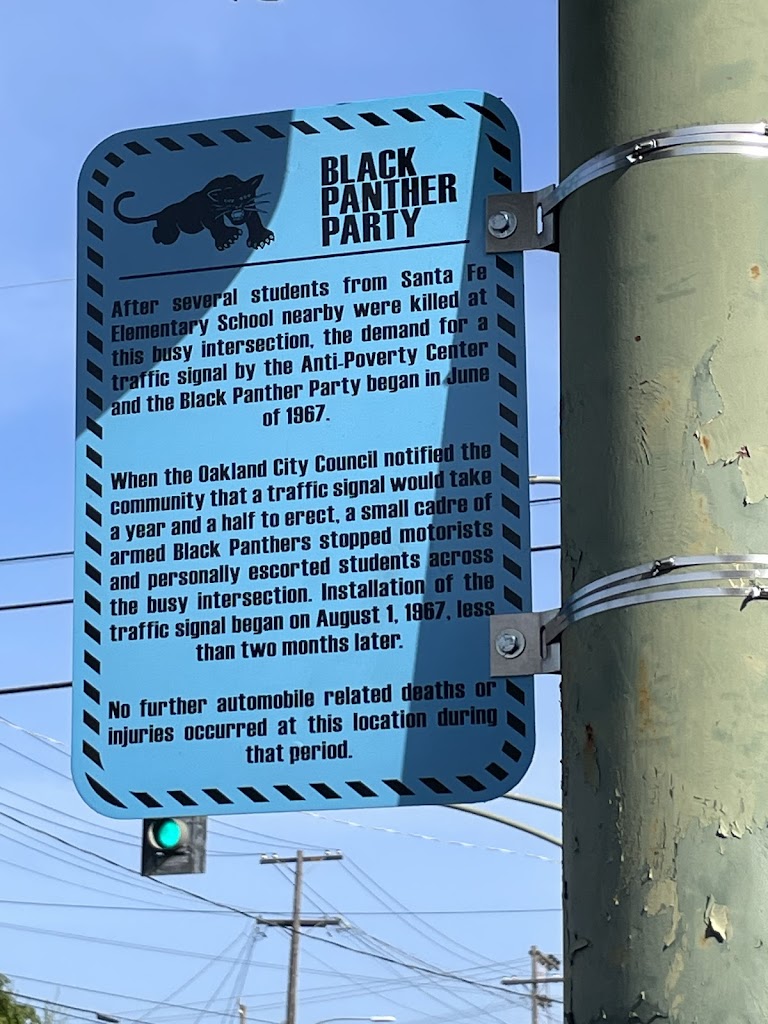 BLACK
PANTHER
PARTY
After several students from Santa Fe
Elementary School nearby were killed at
this busy intersection, the demand for a
traffic signal by the Anti-Poverty Center
and the Black Panther Party began in June
of 1967.
When the Oakland City Council notified the
community that a traffic signal would take
a year and a half to erect, a small cadre of
armed Black Panthers stopped motorists
and personally escorted students across
the busy intersection. Installation of the
traffic signal began on August 1 1867, less
than two months later.
No further automobile related deaths or
injuries occurred at this location during
that period.