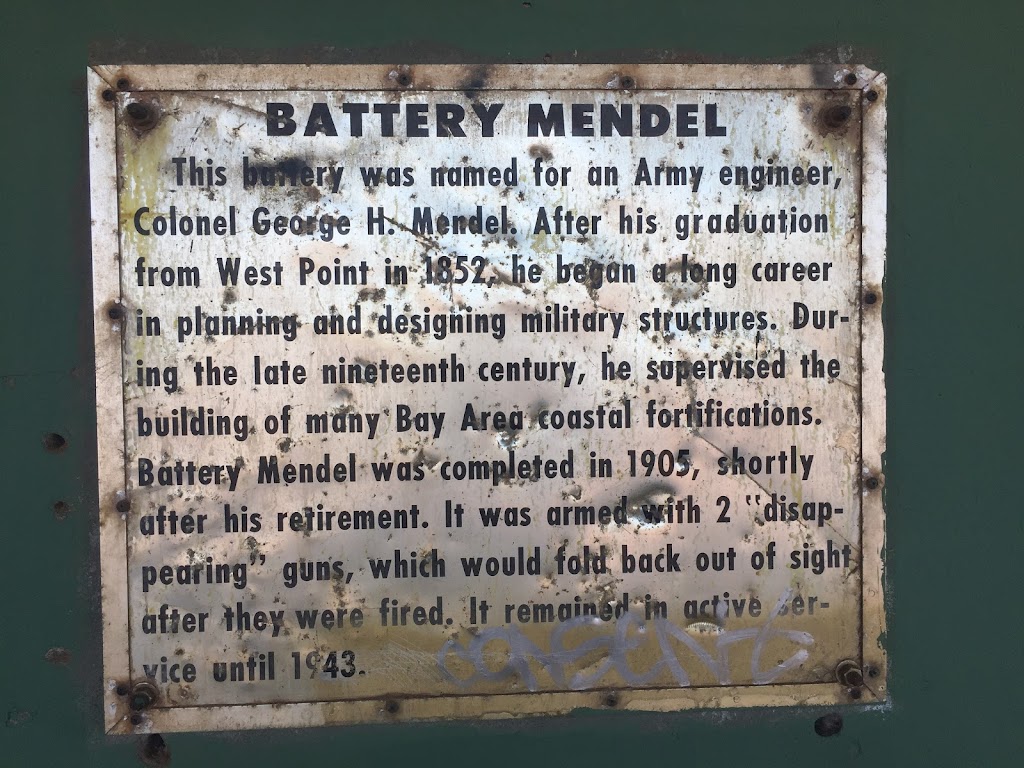 This battery was named for an Army engineer,
Colonel George H. Mendel. After his graduation
from West Point in 1852, he began a long career
in planning and designing military structures. Dur-
ing the late nineteenth century, he supervised the
building of many Bay Area coastal fortifications.
Battery Mendel was completed in 1905, shortly
after his retirement. It was armed with 2 "disap-
pearing" guns, which would fold back out of sight
after they were fired. It remained in active ser-
vice until 1943.