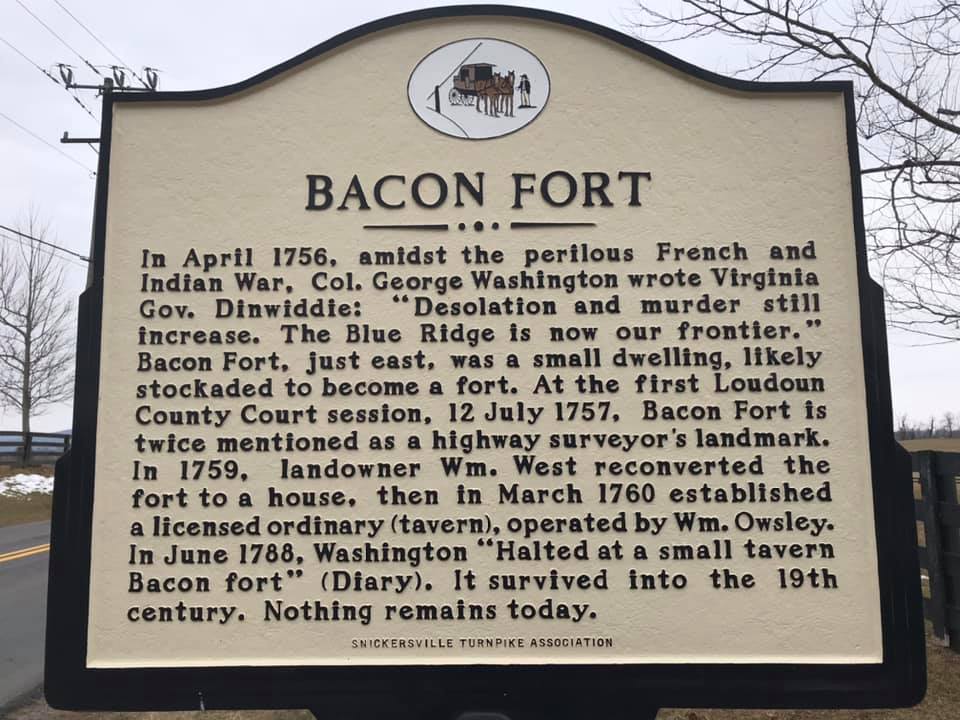 In April 1756, amidst the perilous French and
Indian War, Col. George Washington wrote Virginia
Gov. Dinwiddie: "Desolation and murder still
increase. The Blue Ridge is now our frontier."
Bacon Fort. just east, was a small dwelling, likely
stockaded to become a fort. At the first Loudoun
County Court session, 12 July 1757, Bacon Fort is
twice mentioned as a highway surveyor's landmark.
In 1759, landowner Wm. West reconverted the
fort to a house, then in March 1760 established
a licensed ordinary (tavern), operated by Wm. Owsley.
In June 1788, Washington "Halted at a small tavern
Bacon fort" (Diary). It survived into the 19th
century. Nothing remains today.
SNICKERSVILLE TURNPIKE ASSOCIATION