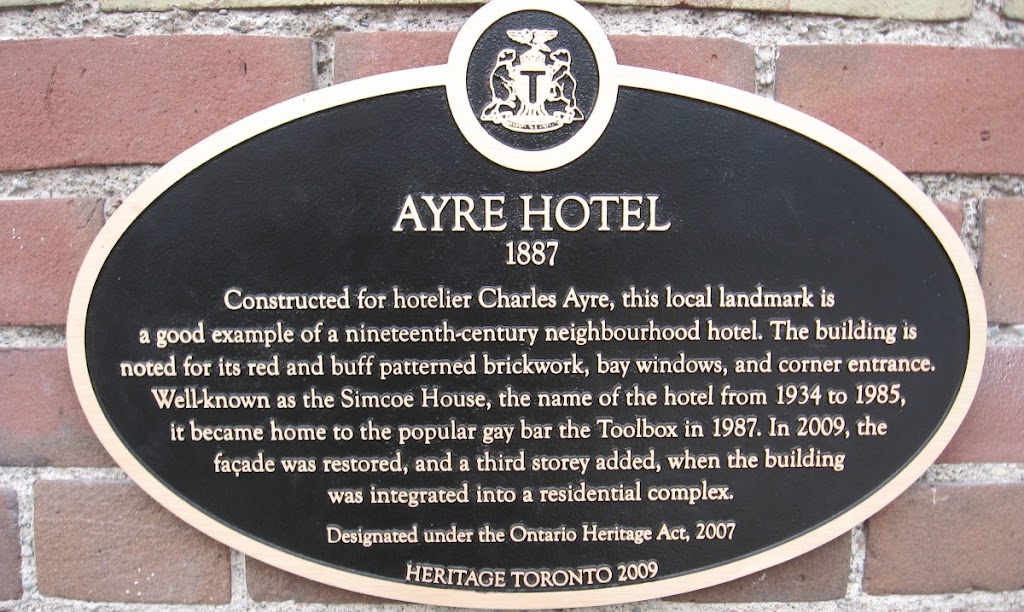 AYRE HOTEL
1887
Constructed for hotelier Charles Ayre, this local landmark is
a good example of a nineteenth-century neighbourhood hotel. The building is
noted for its red and buff patterned brickwork, bay windows, and corner entrance.
Well-known as the Simcoe House, the name of the hotel from 1934 to 1985,
it became home to the popular gay bar the Toolbox in 1987. In 2009, the
façade was restored, and a third storey added, when the building
was integrated into a residential complex.
Designated under the Ontario Heritage Act, 2007
HERITAGE TORONTO 2009