Art in the City 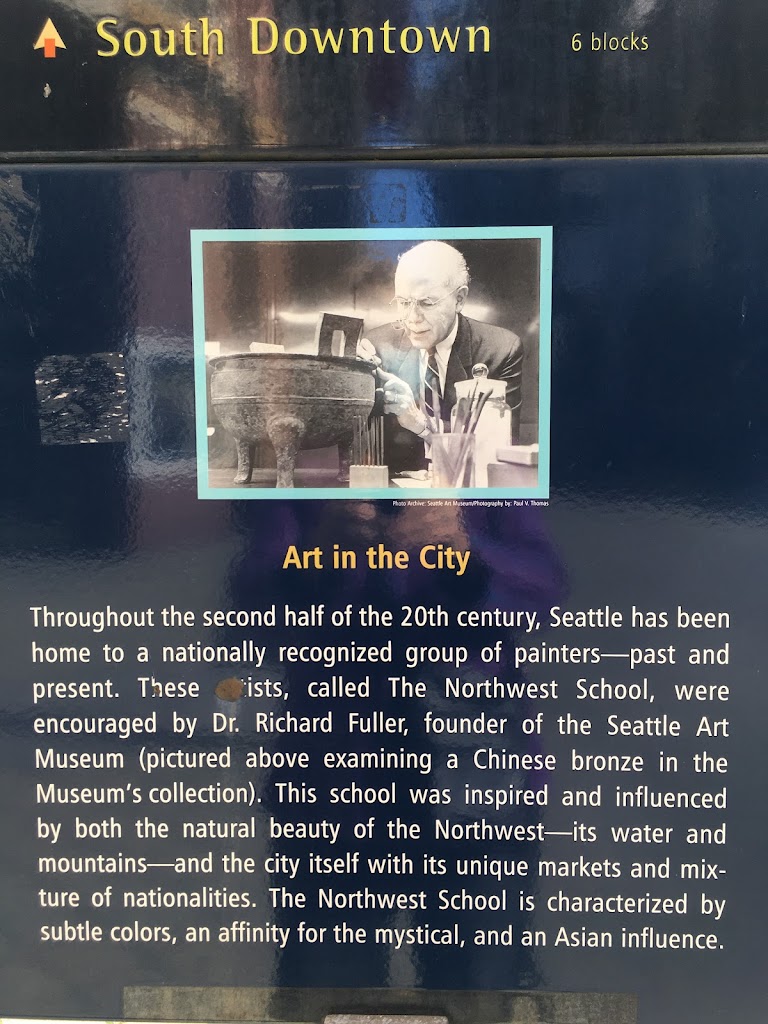 6 blocks
Art in the City
Throughout the second half of the 20th century, Seattle has been
home to a nationally recognized group of painters-past and
present. These artists, called The Northwest School, were
encouraged by Dr. Richard Fuller, founder of the Seattle Art
Museum (pictured above examining a Chinese bronze in the
Museum's collection). This school was inspired and influenced
by both the natural beauty of the Northwest-its water and
mountains-and the city itself with its unique markets and mix-
ture of nationalities. The Northwest School is characterized by
subtle colors, an affinity for the mystical, and an Asian influence.