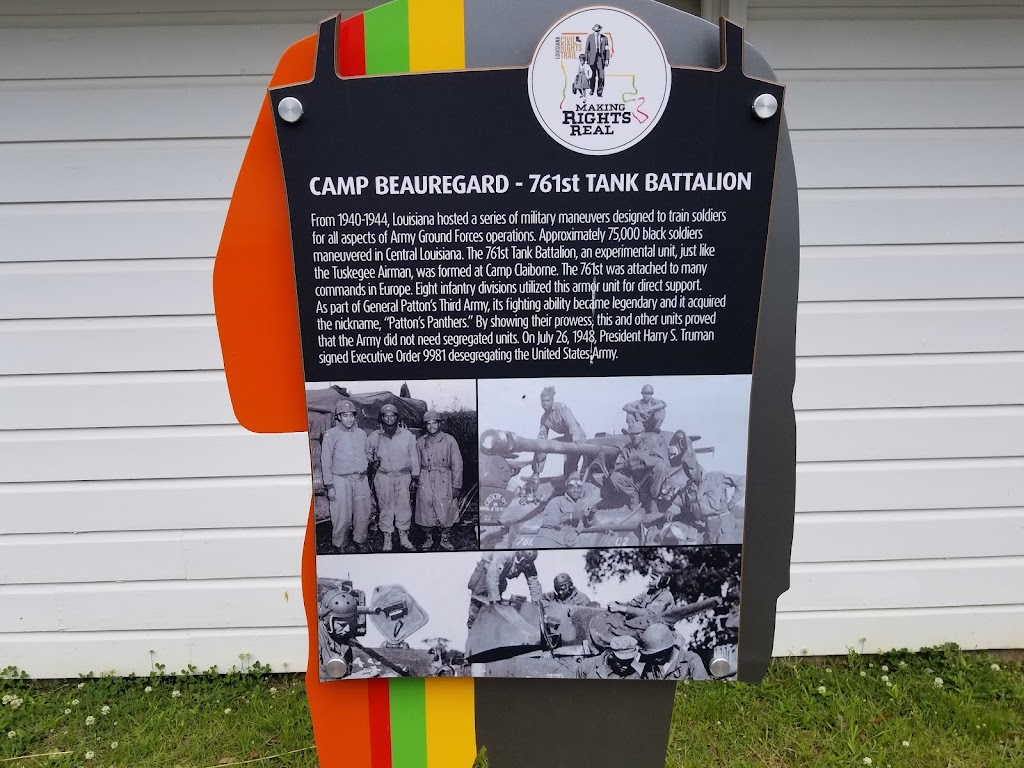 From 1940-1944, Louisiana hosted a series of military maneuvers designed to train soldiers for all aspects of Army Ground Forces operations. Approximately 75,000 black soldiers maneuvered in Central Louisiana. The 761st Tank Battalion, an experimental unit, just like the Tuskegee Airman, was formed at Camp Claiborne. The 761st was attached to many commands in Europe. Eight infantry divisions utilized this armor unit for direct support. As part of General Patton's Third Army, its fighting ability became legendary and it acquired the nickname, "Patton's Panthers." By showing their prowess, this and other units proved that the Army did not need segregated units. On July 26, 1948, President Harry S. Truman signed Executive Order 9981 desegregating the United States Army.