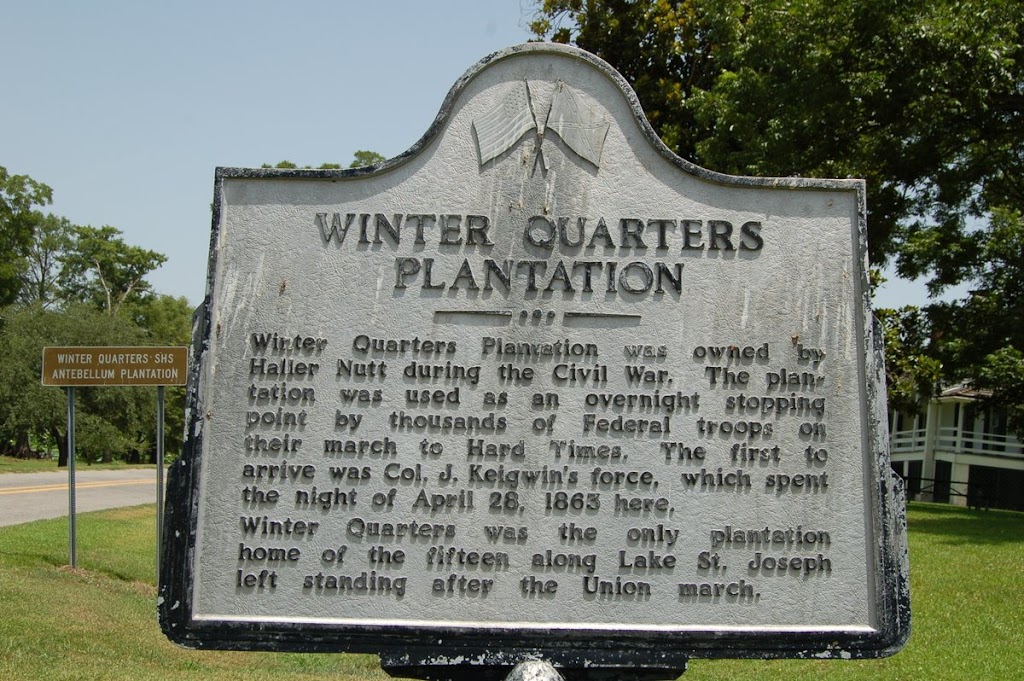 Winter Quarters Plantation was owned by
Haller Nutt during the Civil War. The plan-
tation was used as an overnight stopping
point by thousands of Federal troops on
their march to Hard Times. The first to
arrive was Col. J. Keigwin's force, which spent
the night of April 28, 1863 here.
Winter Quarter was the only plantation
home of the fifteen along Lake St. Joseph
left standing after the Union March.