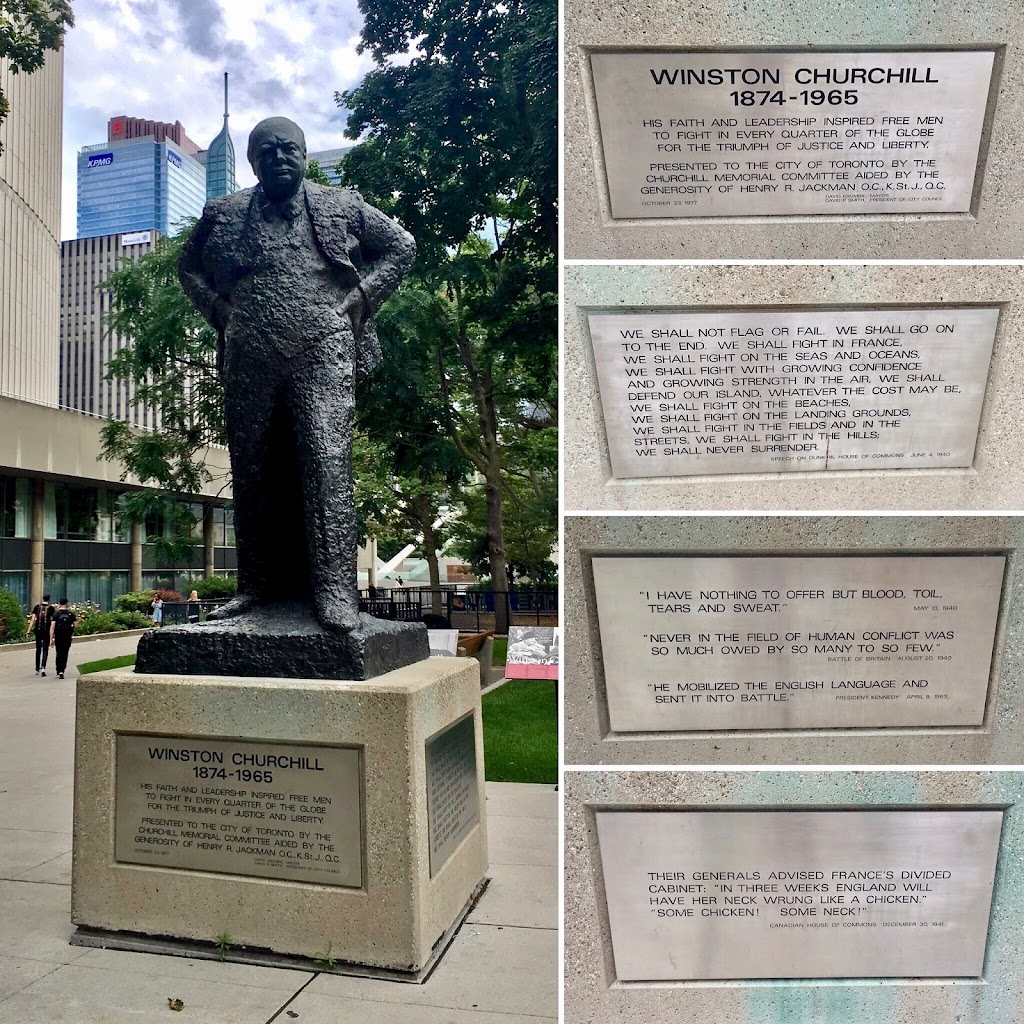 This statue of Sir Winston Churchill stands outside of Toronto City Hall. According to The Churchill Society for the Advancement of Parliamentary Democracy, the statue of the prime minister of the United Kingdom was made from the original mould of a work by sculptor Oscar Nemon that stands in the Members Lobby in the British House of Commons.

A plaque is on each side of the statue's base:

WINSTON CHURCHILL 1874-1965His faith and leadership inspired free men to fight in every quarter of the globe for the triumph of justice and liberty.
Presented to the City of Toronto by the Churchill Memorial Committee aided by the generosity of Henry R. Jackman O.C., K. St.J., Q.C.
October 23, 1977David Crombie, MayorDavid P. Smith, President of City Council

"I have nothing to offer but blood, toil, tears and sweat." May 13, 1940
"Never in the field of human conflict was so much owed by so many to so few." Battle of BritainAugust 20, 1940
"He mobilized the English language and sent it into battle." President Kennedy April 9, 1963

Their generals advised France's divided cabinet: "In three weeks England will have her neck wrung like a chicken.""Some chicken! Some neck!"Canadian House of Commons December 30, 1941

More information about the statue can be found here: http://www.churchillsociety.org/winston-churchill/