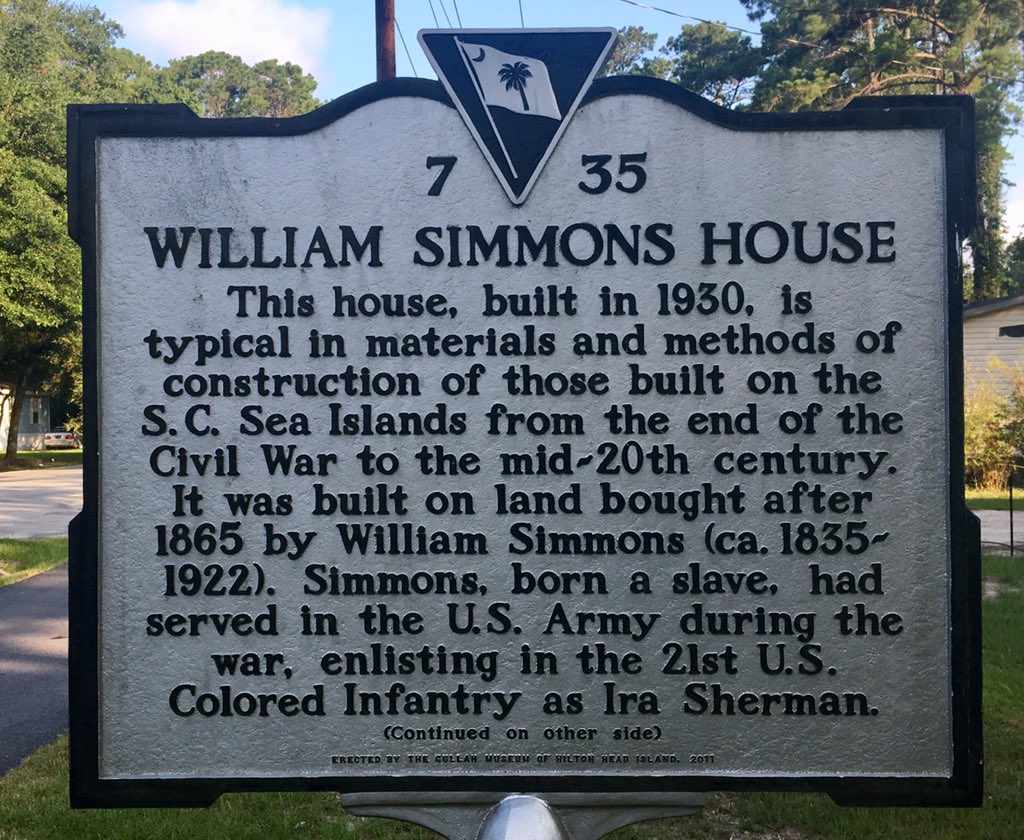 WILLIAM SIMMONS HOUSE
This house, built in 1930, is
typical in materials and methods of
construction of those built on the
S.C. Sea Islands from the end of the
Civil War to the mid-20th century
It was built on land bought after
1865 by William Simmons (ca. 1835
1922). Simmons, born a slave, had
served in the US. Army during the
war, enlisting in the 21st US.
Colored Infantry as Ira Sherman.
William Simmons's granddaughter
Georgianna Jones Bryan (1900-
1989) built this house in 1930 for
her brother, William "Duey" Simmons
(1901-1966). It illustrates everyday
life and the persistence of Gullah
culture in an African-American farm
community until after a bridge was
built from the mainland in 1956. It
was renovated in 2010-11 as the
Gullah Museum of Hilton Head Island.

ERECTED BY THE GULLAH MUSEUM OF HILTON HEAD ISLAND. 2011