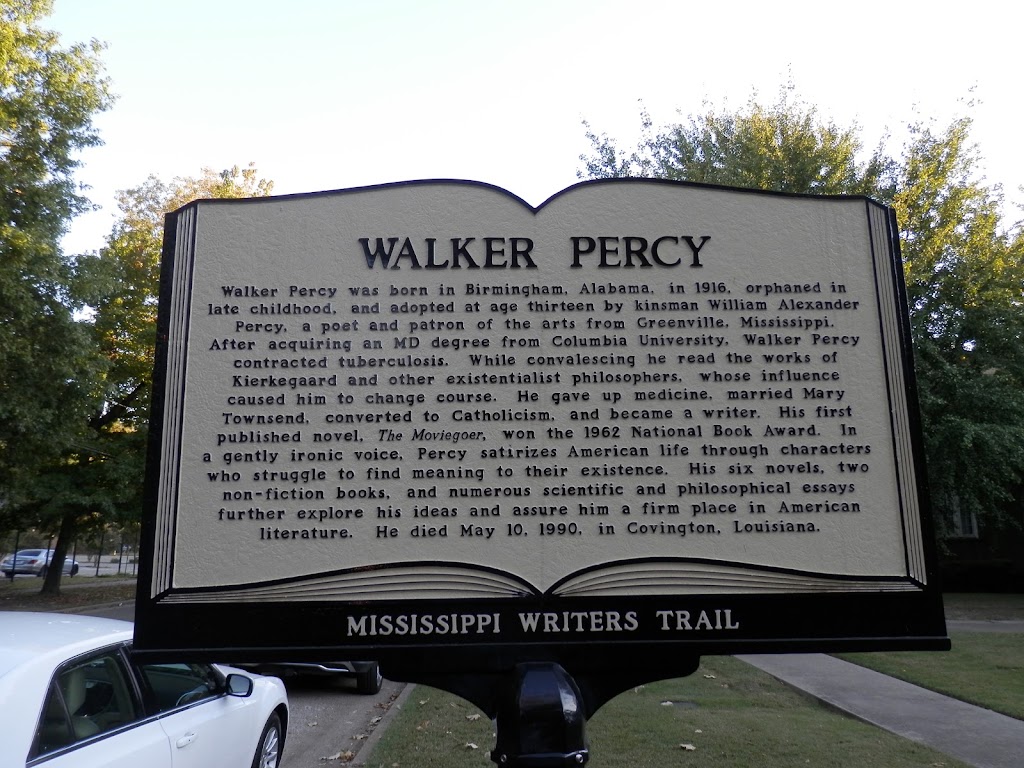 Walker Percy was born in Birmingham, Alabama, in 1916, orphaned in late childhood, and adopted at age thirteen by kinsman William Alexander Percy, a poet and patron of the arts from Greenville, Mississippi. After acquiring an MD degree from Columbia University, Walker Percy contracted tuberculosis. While convalescing he read the works of Kierkegaard and other existentialist philosophers, whose influence caused him to change course. He gave up medicine, married Mary Townsend, converted to Catholicism, and became a writer. His first published novel, The Moviegoer, won the 1962 National Book Award. In a gently ironic voice, Percy satirizes American life through characters who struggle to find meaning to their existence. His six novels, two non-fiction books, and numerous scientific and philosophical essays further explore his ideas and assure him a firm place in American literature. He died May 10, 1990, in Covington, Louisiana.