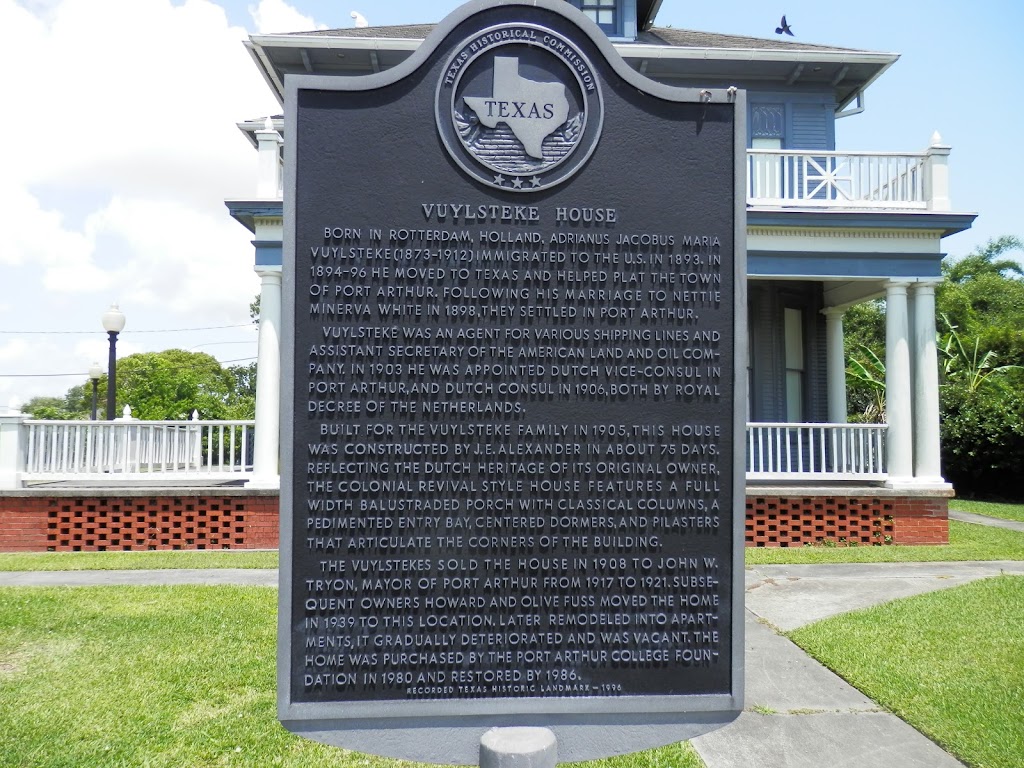 Born in Rotterdam, Holland, Adrianus Jacobus Maria Vuylsteke (1873-1912) immigrated to the U. S. in 1893. In 1894-96 he moved to Texas and helped plat the town of Port Arthur. Following his marriage to Nettie Minerva White in 1898, they settled in Port Arthur.

Vuylsteke was an agent for various shipping lines and assistant secretary of the American Land and Oil Company. In 1903 he was appointed Dutch Vice-Consul in Port Arthur, and Dutch Consul in 1906, both by royal decree of the Netherlands.

Built for the Vuylsteke family in 1905, this house was constructed by J. E. Alexander in about 75 days. Reflecting the Dutch heritage of its original owner, the colonial revival style house features a full width balustraded porch with classical columns, a pedimented entry bay, centered dormers, and pilasters that articulate the corners of the building.

The Vuylstekes sold the house in 1908 to John W. Tryon, mayor of Port Arthur from 1917 to 1921. Subsequent owners Howard and Olive Fuss moved the home in 1939 to this location. Later remodeled into apartments, it gradually deteriorated and was vacant. The home was purchased by the Port Arthur