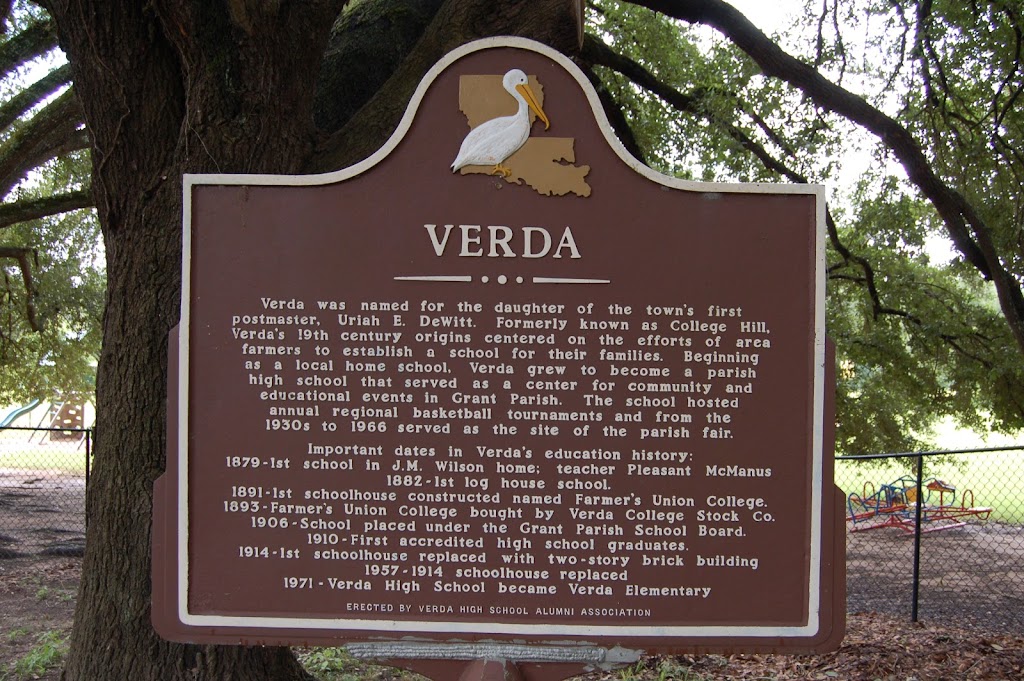 Verda was named for the daughter of the town's first postmaster, Uriah E. DeWitt. Formerly known as College Hill, Verda's 19th century origins centered on the efforts of area farmers to establish a school for their families. Beginning as a local home school, Verda grew to become a parish high school that served as a center for community and educational events in Grant Parish. The school hosted annual regional basketball tournaments and from the 1930s to 1966 served as the site of the parish fair.