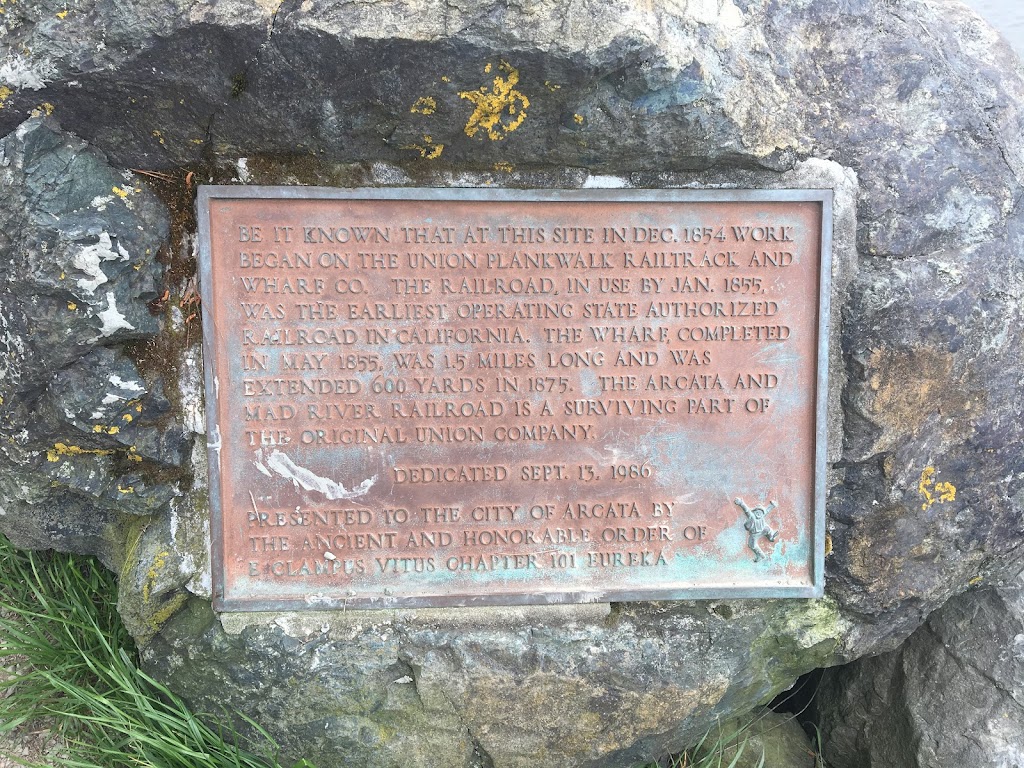 Be it known that at this site in Dec. 1854 work began on the Union Plankwalk Railtrack and Wharf Co. The railroad, in use by Jan. 1855, was the earliest operating state authorized railroad in California. The wharf, completed in May 1855, was 1.5 miles long and was extended 600 yards in 1875. The Arcata and Mad River Railroad is a surviving part of the original Union company.

Presented to the city of Arcata by the Ancient Honorable Order of E Clampus Vitus Chapter 101 Eureka.

This spot -- see below -- is now part of the Arcata Marsh wildlife area, a great spot for viewing waterfowl and contemplating just how much of the coast has been transformed since we, the Great Transformers, arrived on the scene. 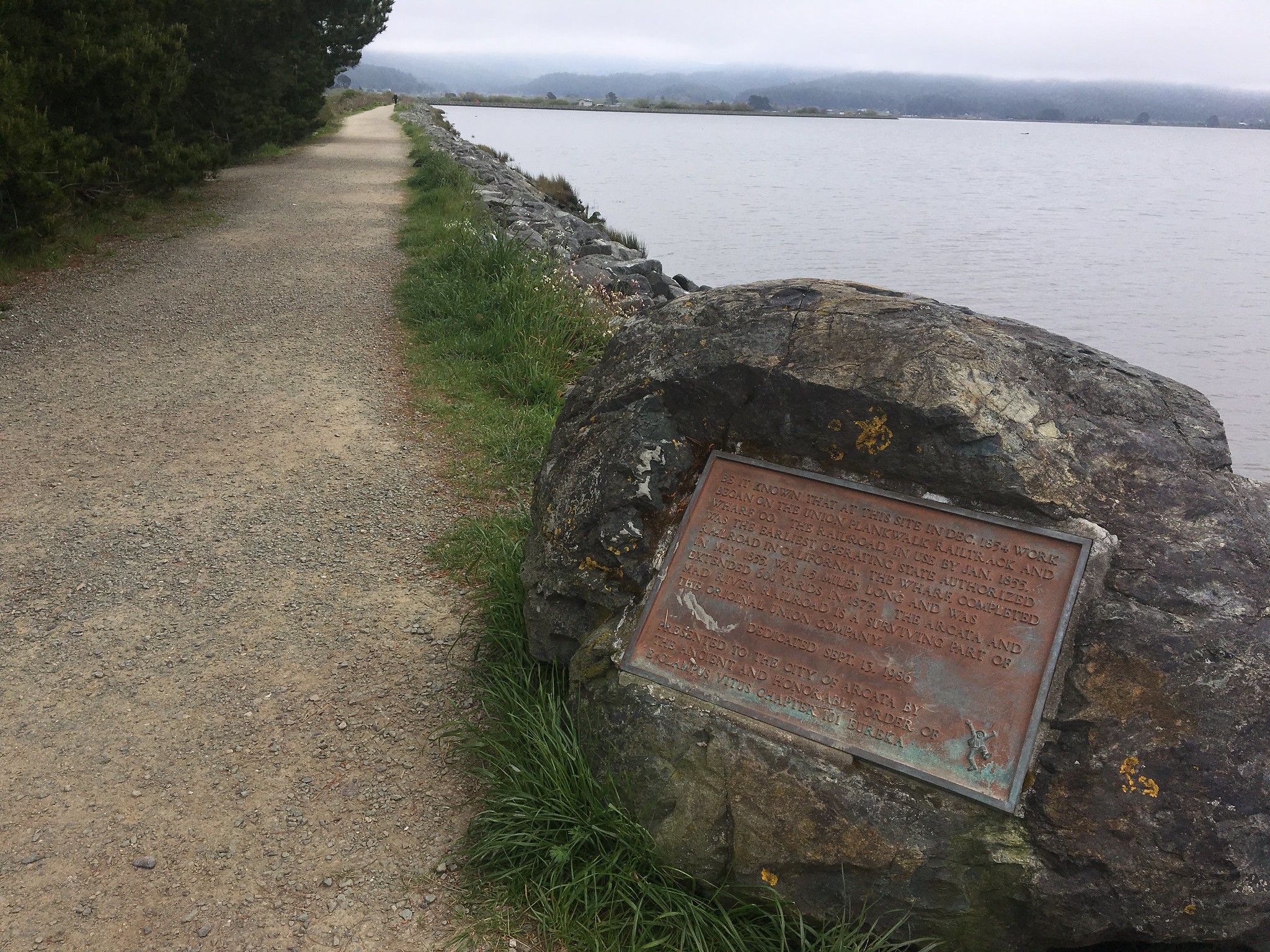