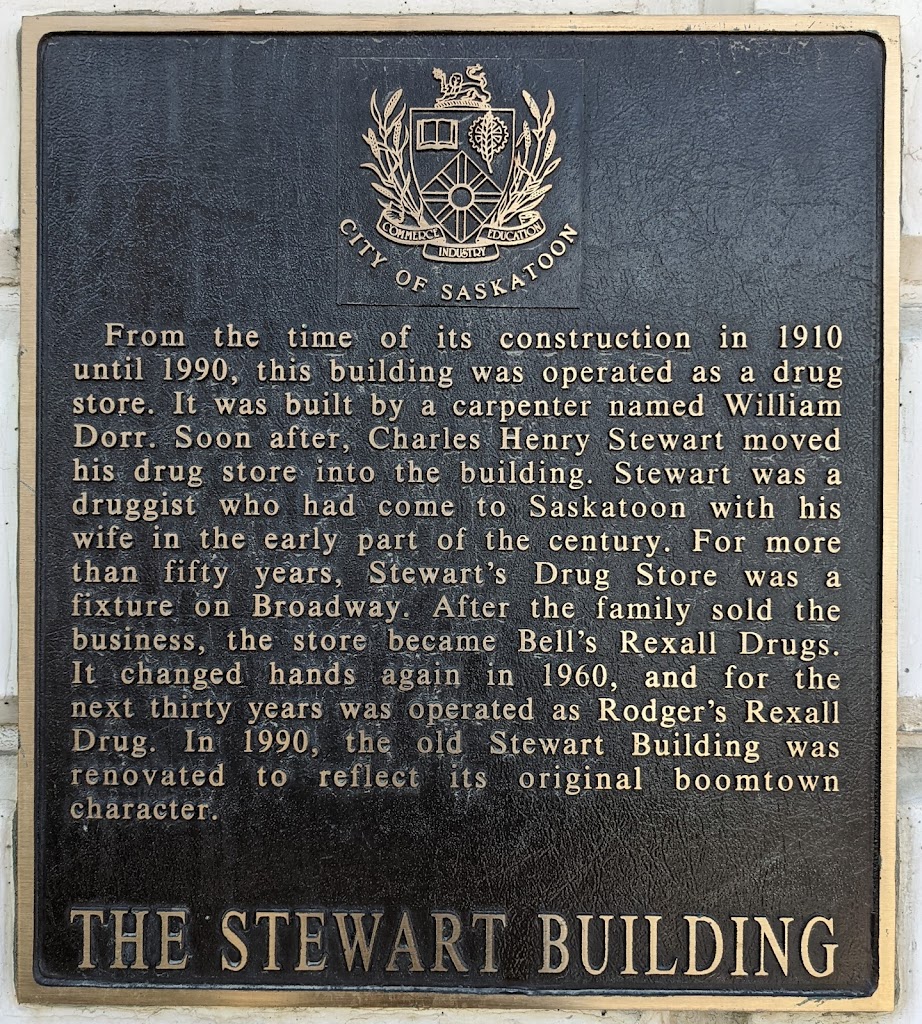 From the time of its construction in 1910 until 1990, this building was operated as a drug store. It was built by a carpenter named William Dorr.  Soon after, Charles Henry Stewart moved his drug store into the building.  Stewart was a druggist who had come to Saskatoon with his wife in the early part of the century.  For more than fifty years, Stewart's Drug Store was a fixture on Broadway.  After the family sold the business, the store became Bell's Rexall Drugs.  It changed hands again in 1960, and for the next thirty years was operated as Rodger's Rexall Drug.  In 1990, the old Stewart Building was renovated to reflect its original boomtown character.