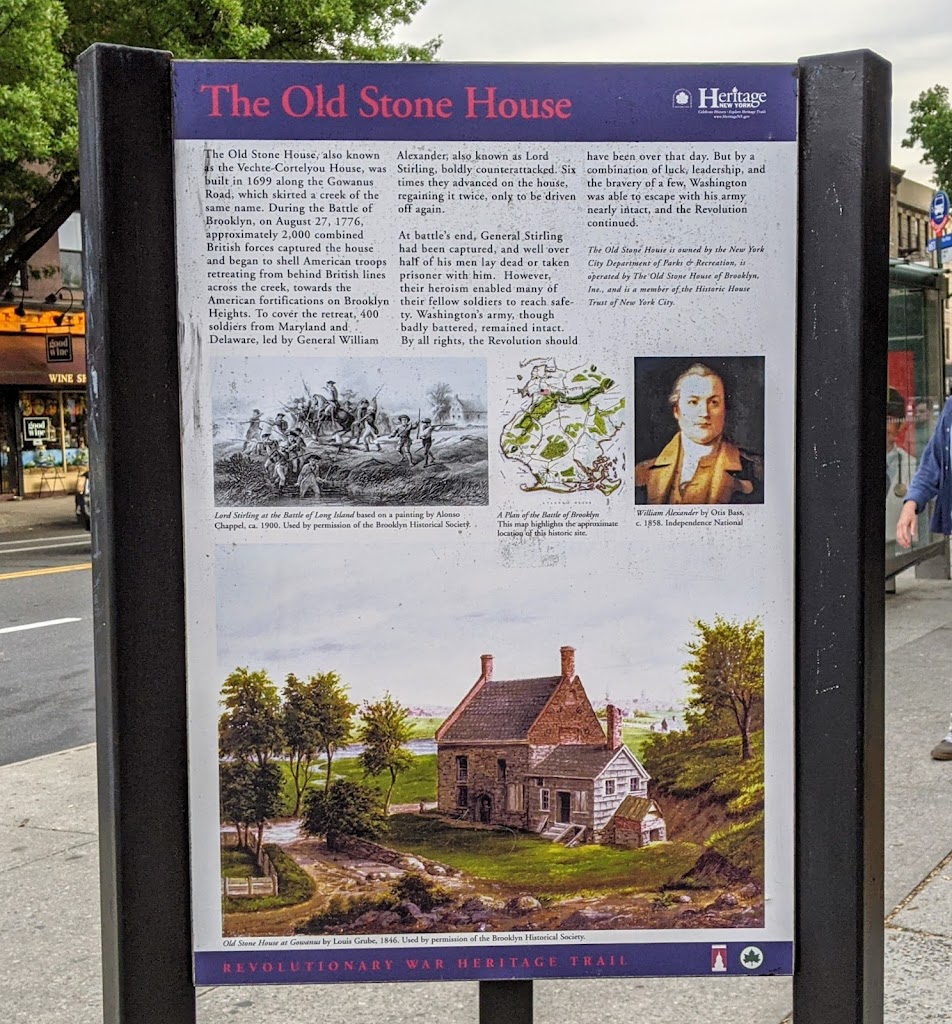 The Old Stone House, also known as the Vechte-Cortelyou House, was built in 1699 along the Cortelyou Road, which skirted a creek of the same name. During the Battle of Brooklyn, on August 27, 1776, approximately 2,000 combined British forces captured the house and began to shell American troops retreating from behind British lines across the creek, towards the fortifications on Brooklyn Heights. To cover the retreat, 400 soldiers from Maryland and Delaware, led by General William Alexander, also known as Lord Sterling, boldly counterattacked. Six times they advanced on the house, regaining it twice, only to be driven off again.

At battle's end, General Sterling had been captured, and well over half his men lay dead or taken prisoner with him. However, their heroism enabled many of their fellow soldiers to reach safety. Washington's army, though badly battered, remained intact. By all rights, the Revolution should have been over that day. But by a combination of luck, leadership, ad the bravery of a few, Washington was able to escape with his army nearly intact, and the Revolution continued.