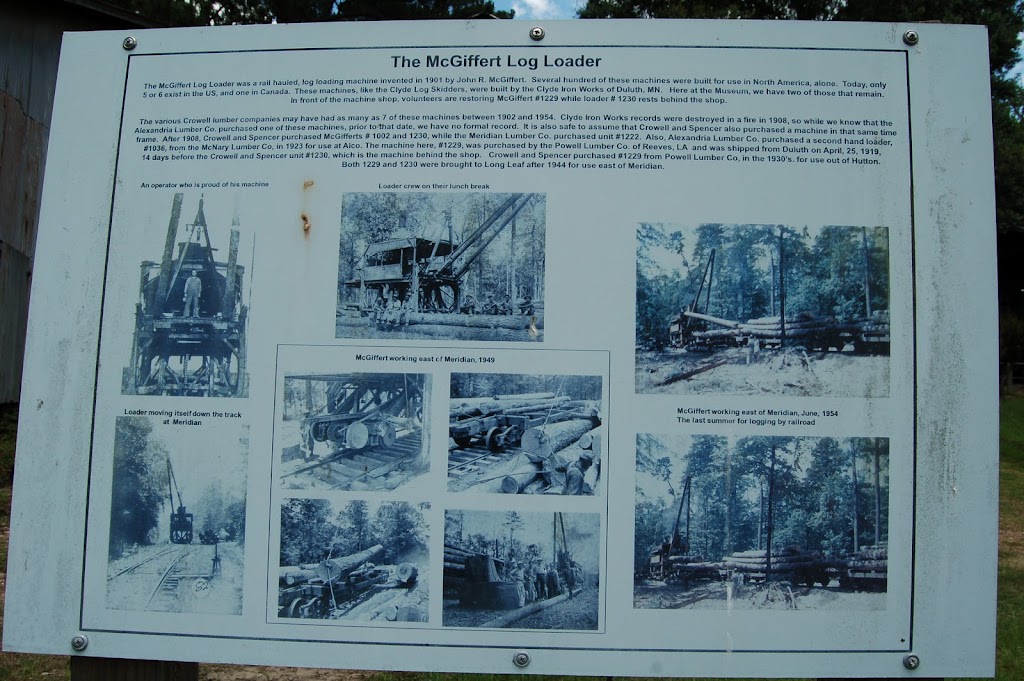 The McGiffert Log Loader was a rail hauled, log loading machine invented in 1901 by John R. McGiffert. Several hundred of these machines were built for use in North America, alone. Today, only 5 or 6 exist in the US, and one in Canada. These machines, like the Clyde Log Skidders, were built by the Clyde Iron Works of Duluth, MN. Here at the Museum, we have two of those that remain. In front of the machine shop, volunteers are restoring McGiffert #1229 while loader # 1230 rests behind the shop.