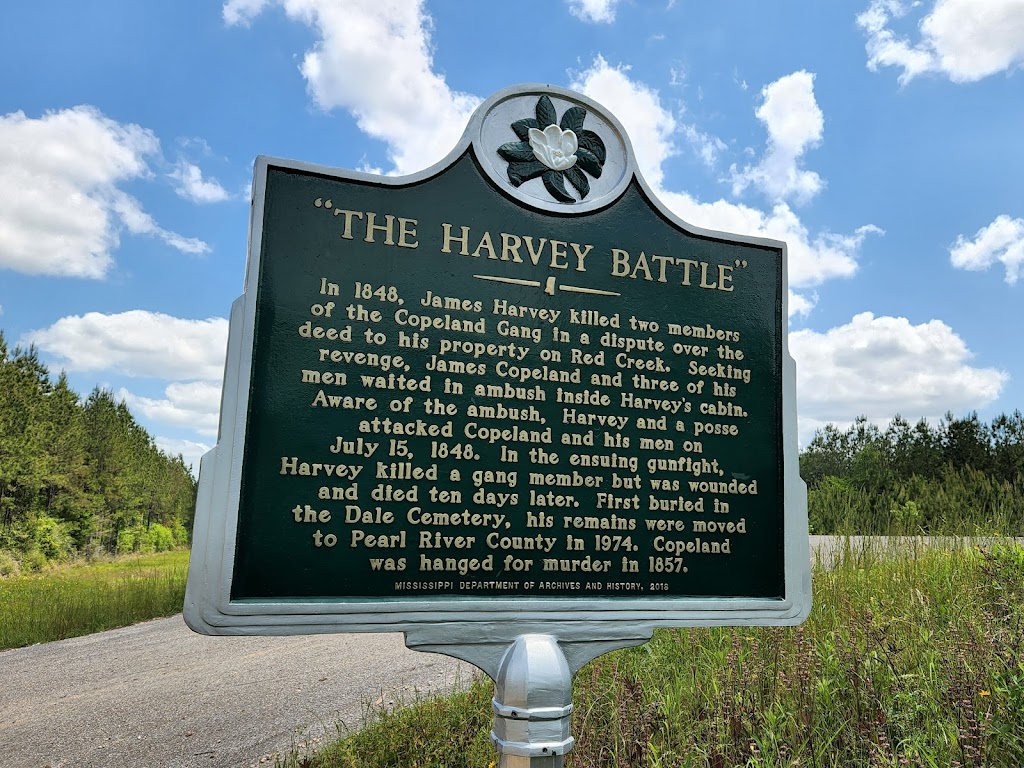 In 1848, James Harvey killed two members of the Copeland Gang in a dispute over the deed to his property on Red Creek. Seeking revenge, James Copeland and three of his men waited in ambush inside Harvey's cabin. Aware of the ambush, Harvey and a posse attacked Copeland and his men on July 15, 1848. In the ensuing gunfight, Harvey killed a gang member but was wounded and died ten days later. First buried in the Dale Cemetery, his remains were moved to Pearl River County in 1974. Copeland was hanged for murder in 1857.