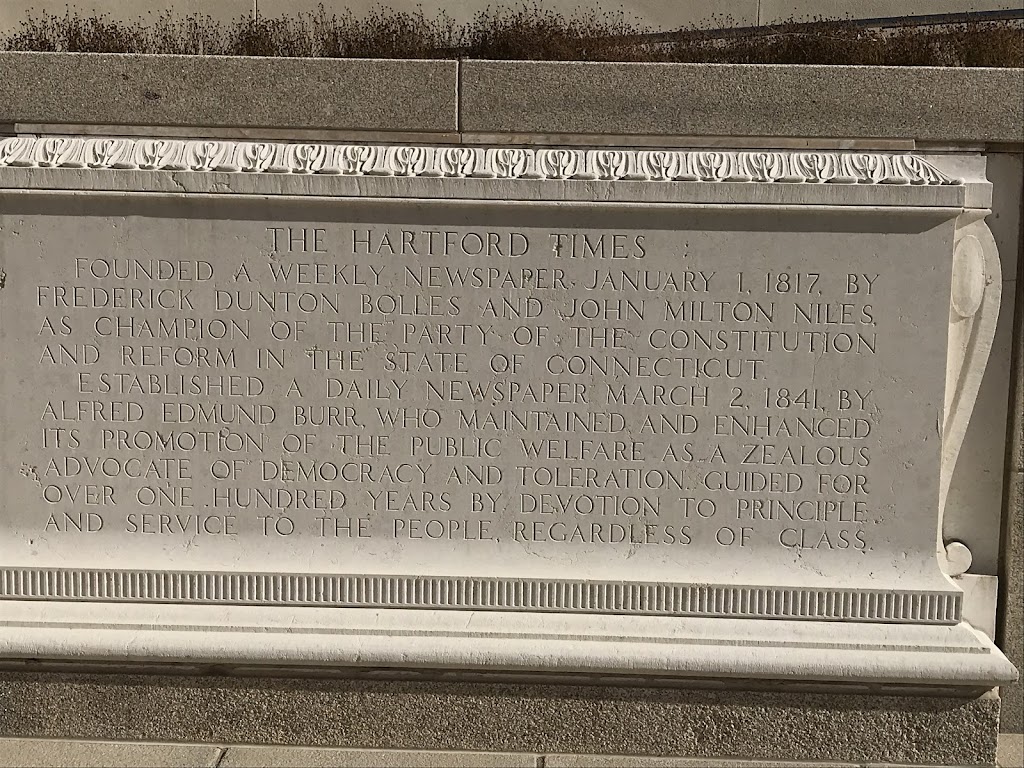 The Hartford Times
Founded a weekly newspaper January 1, 1817, by Frederick Dunton Bolles and John Milton Niles. A champion of the party of the Constitution and reform in the state of Connecticut. Established a daily newspaper March 2 1841, by Alfred Edmund Burr, who maintained and enhanced its promotion of the public welfare as a zealous advocate of democracy and toleration. Guided for over one hundred years by devotion to principle and service to the people, regardless of class.