The Famous Burning Well of Colfax 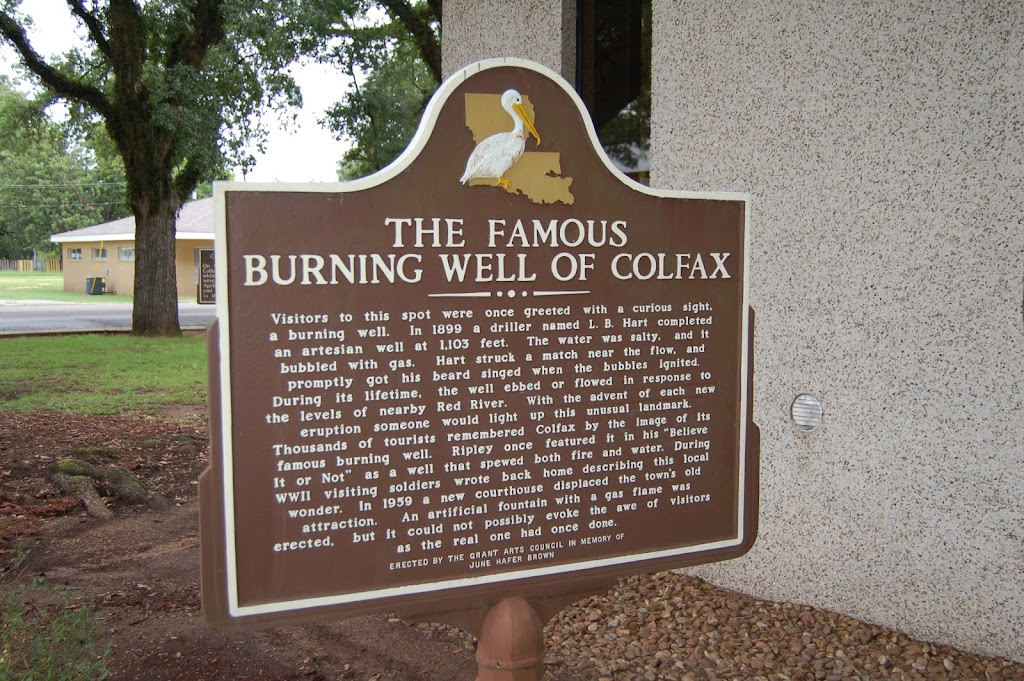 Visitors to this spot were once greeted with a curious sight, a burning well. In 1899 a driller named L. B. Hart completed an artesian well at 1,103 feet. The water was salty, and it bubbled with gas. Hart struck a match near the flow, and promptly got his beard singed when the bubbles ignited. During its lifetime, the well ebbed or flowed in response to the levels of nearby Red River. With the advent of each new eruption someone would light up this unusual landmark. Thousands of tourists remembered Colfax by the image of its famous burning well. Ripley once featured it in his "Believe It or Not" as a well that spewed both fire and water. During WWII visiting soldiers wrote back home describing this local wonder. In 1959 a new courthouse displaced the town's old attraction. An artificial fountain with a gas flame was erected, but it could not possibly evoke the awe of visitors as the real one had once done.