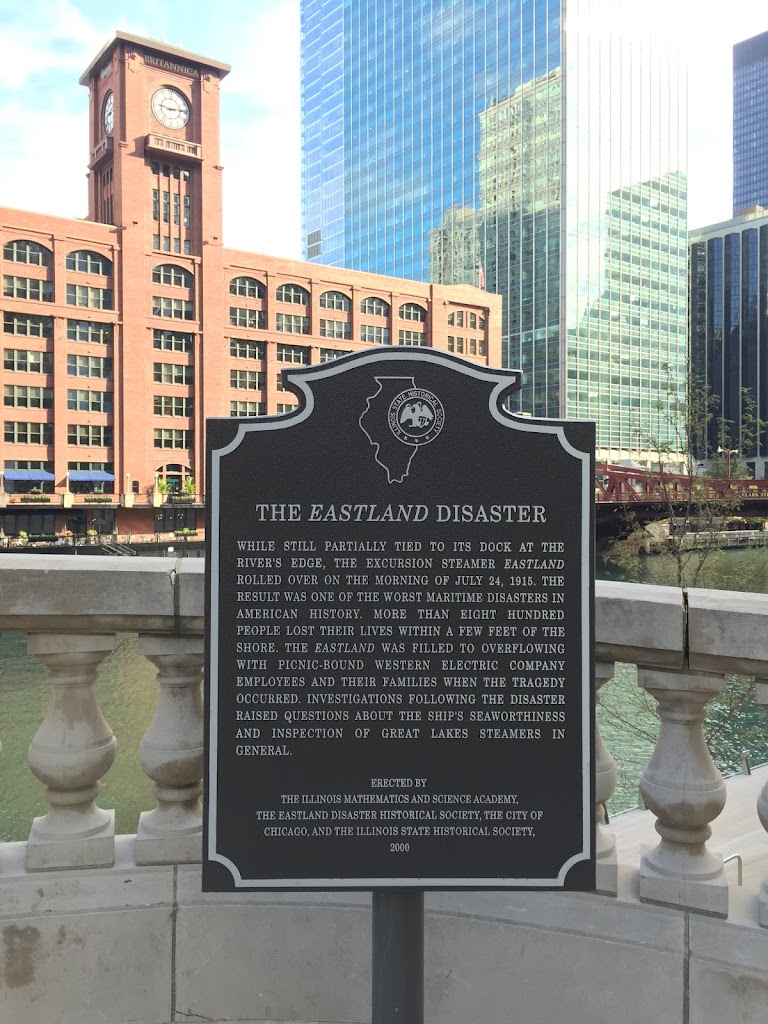 While still partially tied to its dock at the river's edge, the excursion steamer Eastland rolled over on the morning of July 24, 1915. The result was one of the worst maritime disasters in American history. More than eight hundred people lost their lives within a few feet of the shore. The Eastland was filled to overflowing with picnic-bound Western Electric Company employees and their faimilies when the tragedy occurred. Investigations following the disaster raised questions about the ship's seaworthiness and inspection of Great Lakes steamers in general.