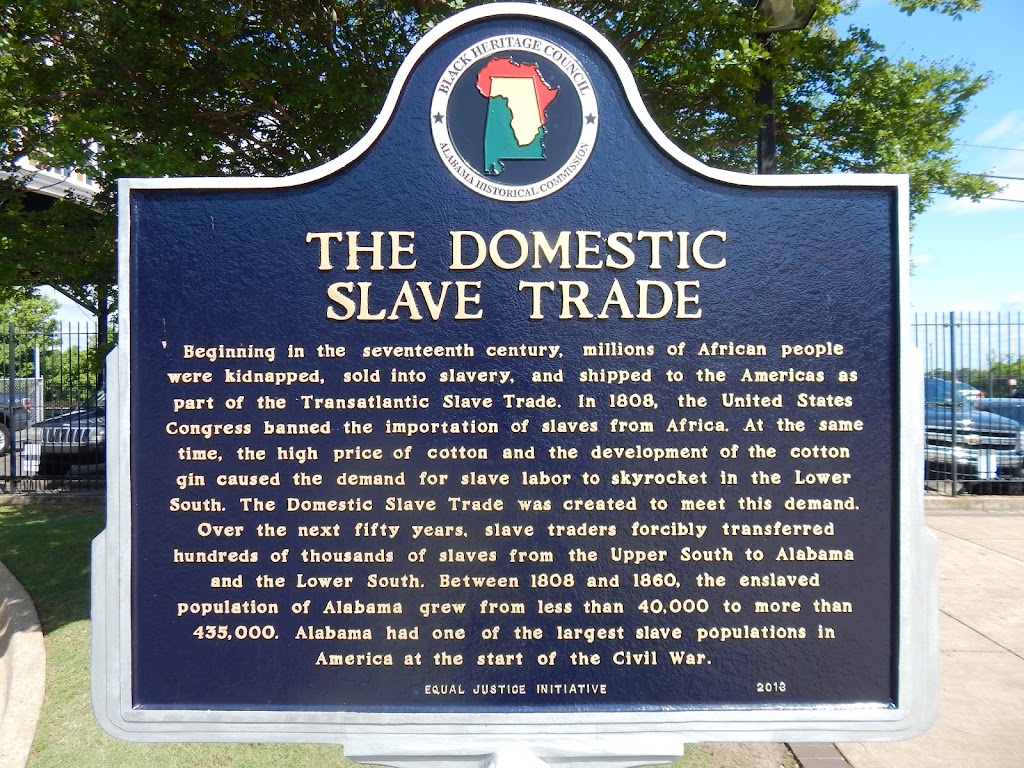 Beginning in the seventeenth century, millions of African people
were kidnapped, sold into slavery, and shipped to the Americas as
part of the Transatlantic Slave Trade. in 1808, the United States
Congress banned the importation of slaves from Africa. At the same
time, the high price of cotton and the development of the cotton
gin caused the demand for slave labor to skyrocket in the Lower
South. The Domestic Slave Trade was created to meet this demand.
Over the next fifty years. slave traders forcibly transferred
hundreds of thousands of slaves from the Upper South to Alabama
and the Lower South. Between 1808 and 1860. the enslaved
population of Alabama grew from less than 40.000 to more than
435,000. Alabama had one of the largest slave populations in
America at the start of the Civil War.