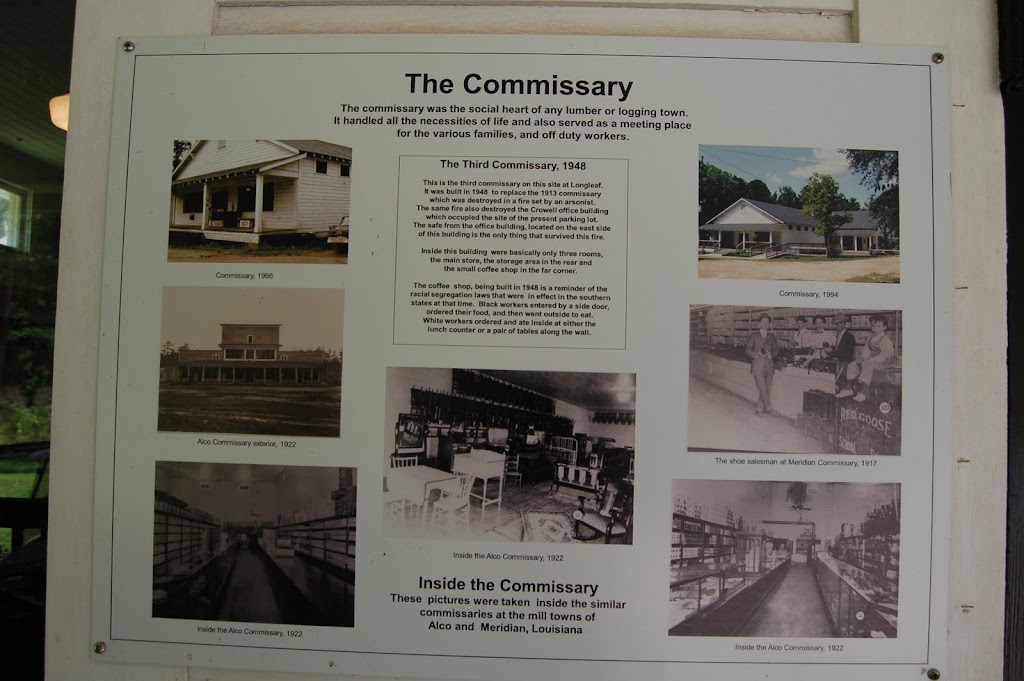 The commissary was the social heart of any lumber or logging town. It handled all the necessities of life and also served as a meeting place for the various families, and off duty workers.

The Third Commissary, 1948
This is the third commissary on this site at Longleaf. It was build in 1948 to replace the 1913 commissary which was destroyed in a fire set by an arsonist. The same fire also destroyed the Crowell office building which occupied the site of the present parking lot. The safe from the office building, located on the east side of this building is the only thing that survived this fire.

Inside this building were basically only three rooms, the main store, the storage area in the rear and the small coffee shop in the far corner.

The coffee shop, being built in 1948 is a reminder of the racial segregation laws that were in effect in the southern states at the time. Black workers entered by a side door, ordered their food, and then went outside to eat. White workers ordered and ate inside at either the lunch counter or a pair of tables along the wall.