The Battle at Ditch Bayou 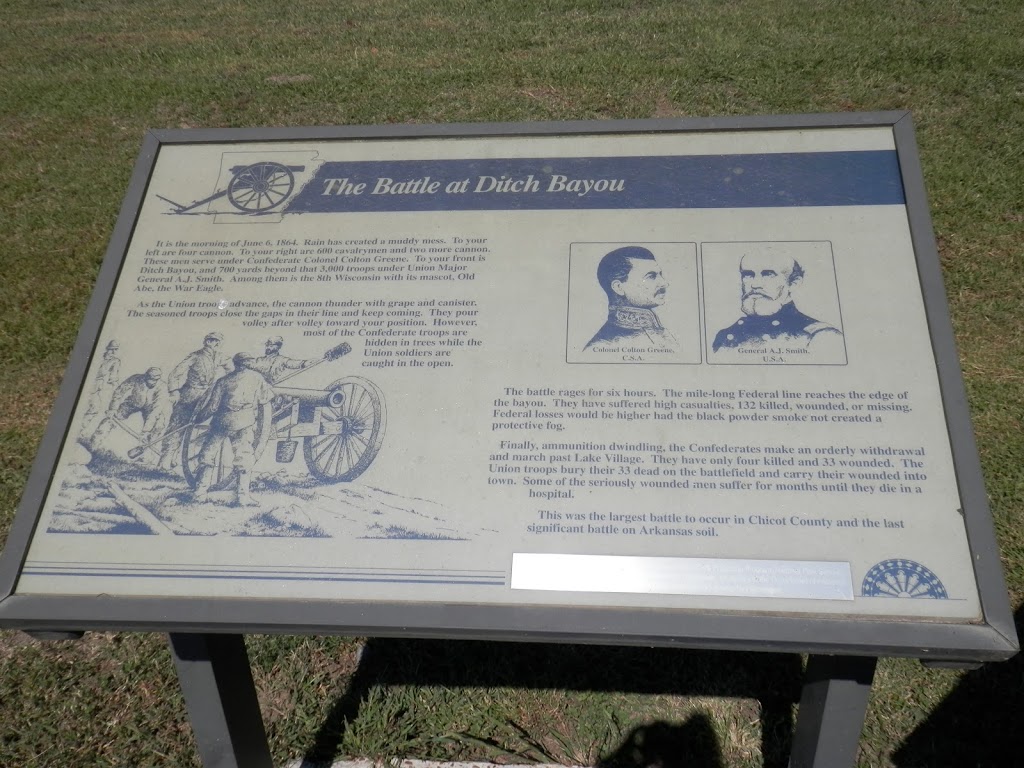 It is the morning of June 6, 1864. Rain has created a muddy mess. To your left are four cannon. To your right are 600 cavalrymen and two more cannon. These men served under Confederate Colonel Colten Greene. To your front is Ditch Bayou, and 700 yards beyond that 3,000 troops under Union Major General A.J. Smith. Among them is the 8th Wisconsin with its mascot, Old Abe, the War Eagle.As the Union troops advance, the cannon thunder with grape and canister. The seasoned troops closed the gaps in their line and keep coming. They poured volley after volley toward their position. However, most of the Confederate troops are hidden in trees while the Union soldiers are caught in the open.The battle rages for six hours. The mile-long Federal line reaches the edge of the bayou. They have suffered high casualties, 132 killed, wounded, or missing. Federal losses would be higher had the black powder smoke not created a protective fog. Finally, ammunition dwindling, the Confederates make an orderly withdrawal and march past Lake Village. They have only four killed and 33 wounded. The Union troops bury their 33 dead on the battlefield and carry their wounded into town. Some of the seriously wounded men suffer for months until they die in a hospital.This was the largest battle to occur in Chicot County and the last significant battle on Arkansas soil.