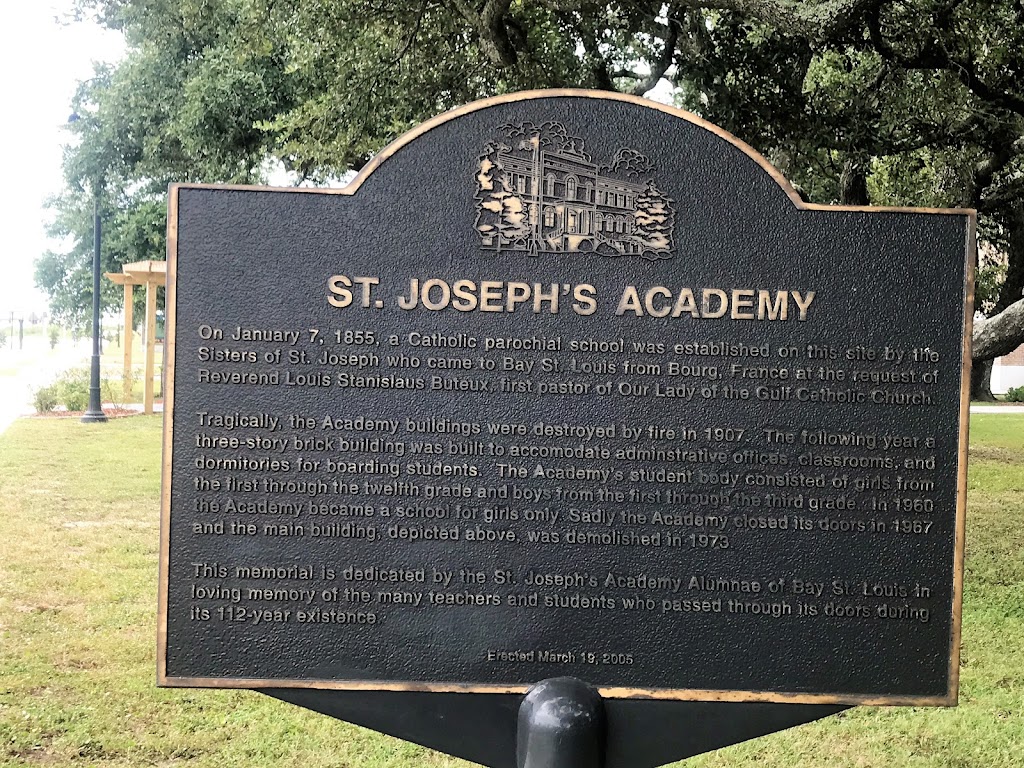 On January 7, 1855, a Catholic parochial school was established on this site by the Sisters of St. Joseph who came to Bay St. Louis from Bourg, France at the request of Reverend Louis Stanislaus Buteux, first pastor of Our Lady of the Gulf Catholic Church.

Tragically, the Academy buildings were destroyed by fire in 1907. The following year a three-story brick building was built to accommodate administrative offices, classrooms , and dormitories for boarding students. The Academy's student body consisted of girls from the first through the twelfth grade and boys from the first through third grade. In 1960 the Academy became a school for girls only. Sadly the Academy closed its doors in 1967 and the main building, depicted above, was demolished in 1973.

This memorial is dedicated by the St. Joseph's Academy Alumnae of Bay St. Louis in loving memory of the many teachers and students who passed through its doors during its 112 year existence.