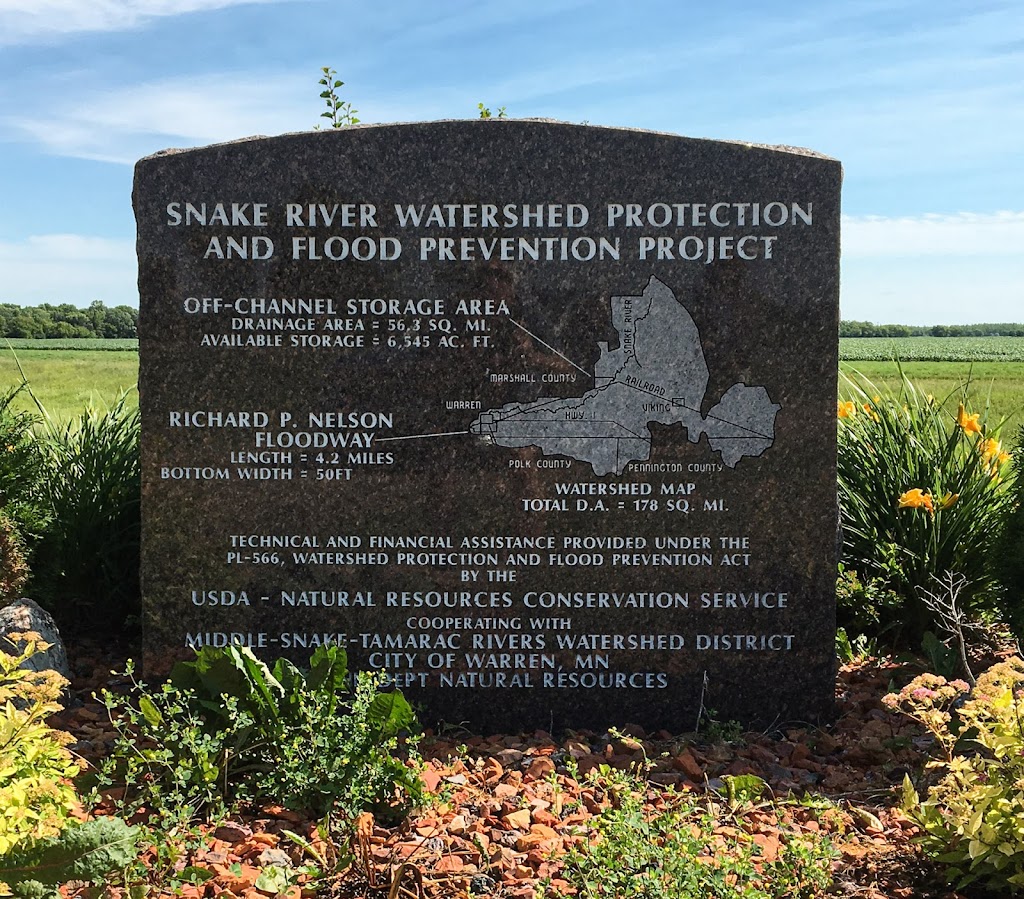 Why would anyone from Chicago or the San Francisco Bay Area find themselves driving through Warren, Minnesota. In my case, it's because my dad was born there in 1921, and in the summer of 2018 I accompanied my son and daughter-in-law to take in some of the family historical sites in the area. As I was leaving town, I caught site of this marker on the roadside. Being a sucker for hydraulic works -- hey, if you live in California, it sort of comes with the territory -- I stopped to take a look.

Warren is way up toward the northwestern corner of Minnesota, and it lies on the banks of the Snake River, within the basin of the Red River of the North. One thing you notice when you're in Red River country is that it is very, very flat. San Joaquin Valley flat, and just as flat as anyplace I've seen anywhere in the greater Midwest. You won't get winded walking up a hill, because there aren't any.

But the Red River and its tributaries have a way of spreading out, especially in the springtime, when the ice and snow start to melt and the ground is still frozen. The rivers also have a way of not respecting what modern civilization has built in their flood plains, so towns big and small tend to get inundated on a regular basis. The most dramatic recent example: http://www.startribune.com/grand-forks-marks-20th-anniversary-of-devastating-red-river-flood/418739053/ Grand Forks, North Dakota, about 20 miles to the southwest from this spot, in 1997. Warren, on the  also flooded that year.)

To try to prevent a recurrence of that disaster in Warren, the city, with federal and state help, built a sort of holding basin for floodwaters and a channel to reroute them the town. Details http://mstrwd.org/impoundments/pl-566-floodway.