Site of the Kellogg School 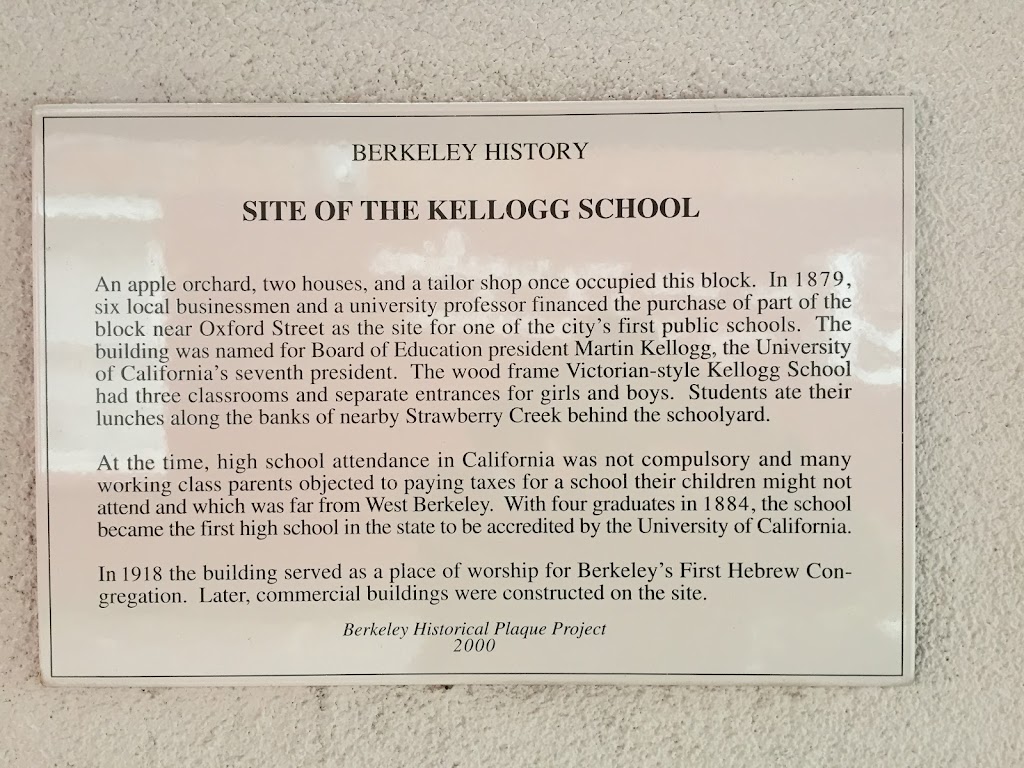 An apple orchard, two houses, and a tailor shop once occupied this block. In 1879,
six local businessmen and a university professor financed the purchase of part of the
block near Oxford Street as the site for one of the city’s first public schools. The
building was named for the Board of Education president Martin Kellogg, the University
of California’s seventh president. The wood frame Victorian-style Kellogg School
had three classrooms and separate entrances for girls and boys. Students ate their
lunches along the banks of nearby Strawberry Creek behind the schoolyard.

At the time, high school attendance in California was not compulsory and many
working class parents objected to paying taxes for a school their children might
not attend and which was far from West Berkeley. With four graduates in 1884, the school
became the first high school in the state to be accredited by the University of California.

In 1918 the building served as a place of worship for Berkeley’s First Hebrew Con-
gregation. Later, commercial buildings were constructed on the site.