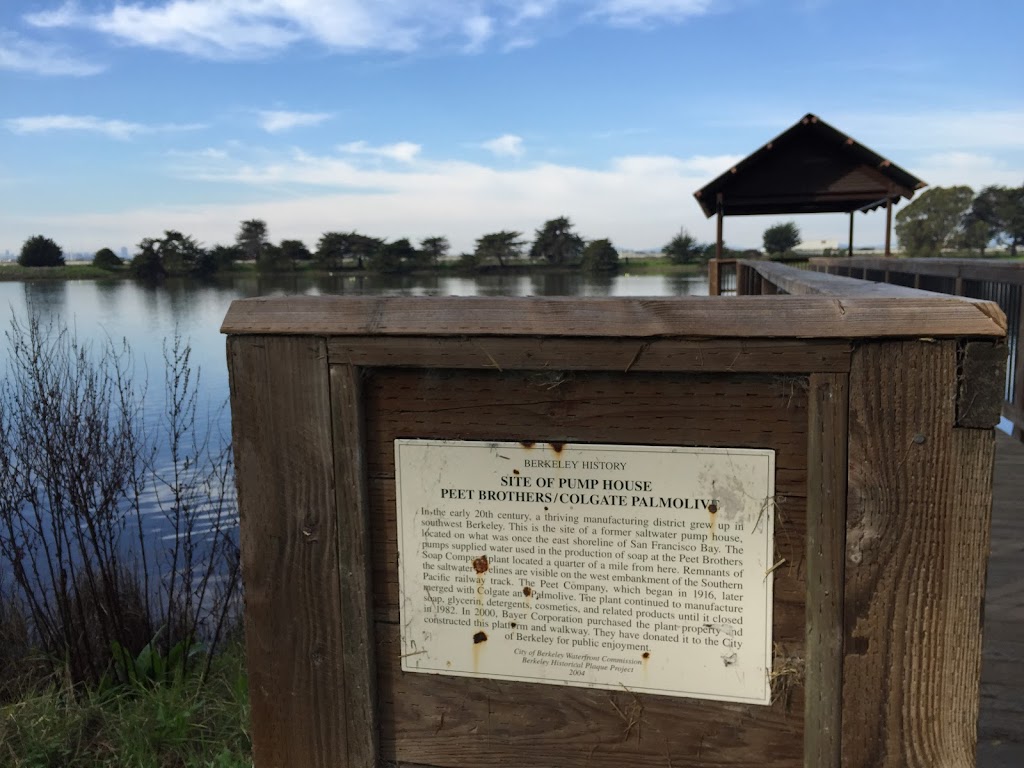 In the early 20th century, a thriving manufacturing district grew up in
southwest Berkeley. This is the site of a former salt water pump house,
located on what was once the east shoreline of San Francisco Bay. The
pumps supplied water used in the production of soap at the Peet Brothers
Soap Company plant located a quarter of a mile from here. Remnants of
the salt water pipelines are visible in the west embankment of the Southern
Pacific Railway track.  The Peet Company, which began in 1916, later
merged with Colgate and Palmolive. The plant continued to manufacture
soap, glycerin, detergents, cosmetics, and related products until it closed
in 1982. In 2000, Bayer corporation purchased the plants property and
constructed this platform and walkway. They have donated it to the city
of Berkeley for public enjoyment.