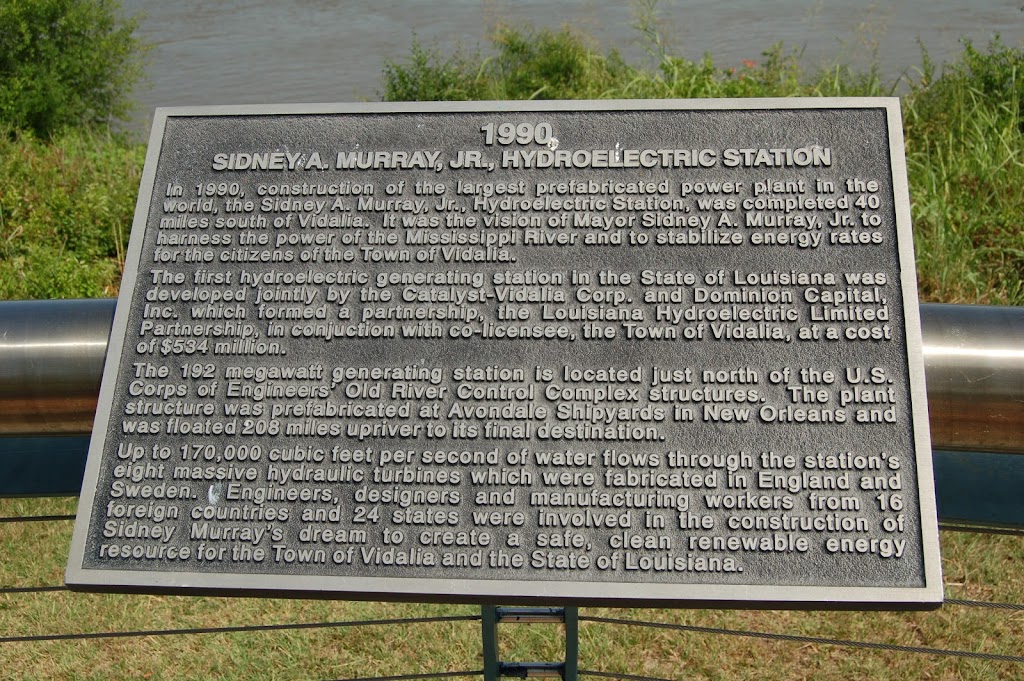 In 1990, construction of the largest prefabricated power plant in the world, the Sidney A. Murray, Jr., Hydroelectric Station, was completed 40 miles south of Vidalia. It was the vision of Mayor Sidney A. Murray, Jr. to harness the power of the Mississippi River and to stabilize energy rates for the citizens of the Town of Vidalia. The first hydroelectric generating station in the State of Louisiana was developed jointly by the Catalyst-Vidalia Corp. and Dominion Capital, Inc. which formed a partnership, the Louisiana Hydroelectric Limited Partnership, in conjunction with co-licensee, the Town of Vidalia, at a cost of $534 million. The 192 megawatt generating station is located just north of the U.S. Corps of Engineers' Old River Control Complex structures. The plant structure was prefabricated at Avondale Shipyards in New Orleans and was floated 208 miles upriver to its final destination. Up to 170,000 cubic feet per second of water flows through the station's eight massive hydraulic turbines which were fabricated in England and Sweden. Engineers, designers and manufacturing workers from 16 foreign countries and 24 states were involved in the construction of Sidney Murray's dream to create a safe, clean renewable energy resource for the Town of Vidalia and the State of Louisiana.