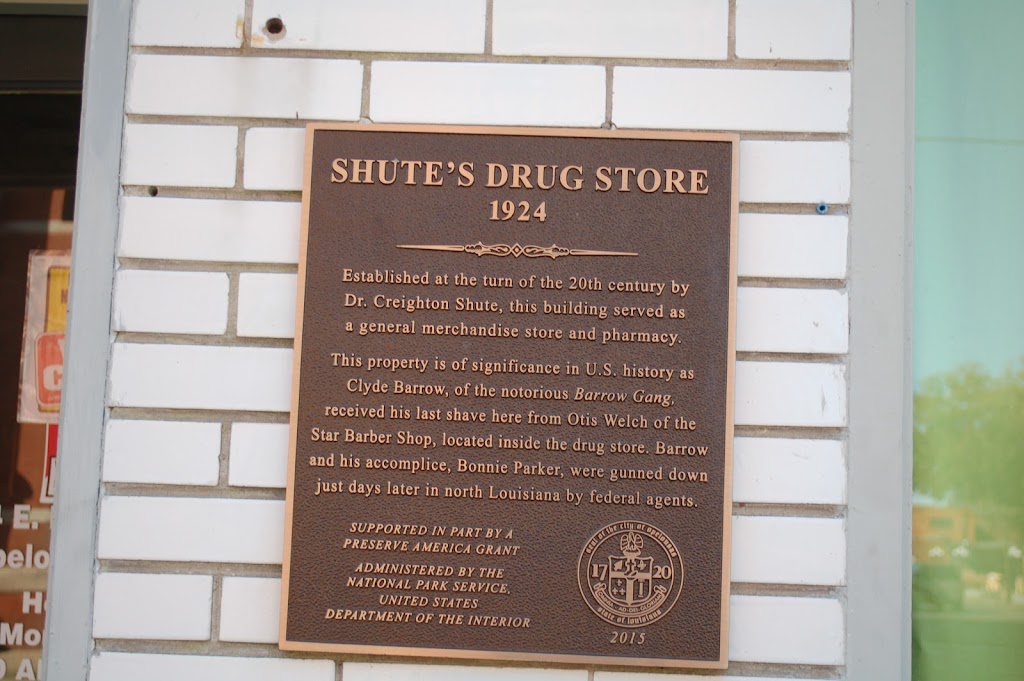 Established at the turn of the 20th century by Dr. Creighton Shute, this building served as a general merchandise store and pharmacy.

This property is of significance in U.S. history as Clyde Barrow, of the notorious Barrow Gang, received his last shave here from Otis Welch of the Star Barber Shop, located inside the drug store. Barrow and his accomplice, Bonnie Parker, were gunned down just days later in north Louisiana by Federal agents.