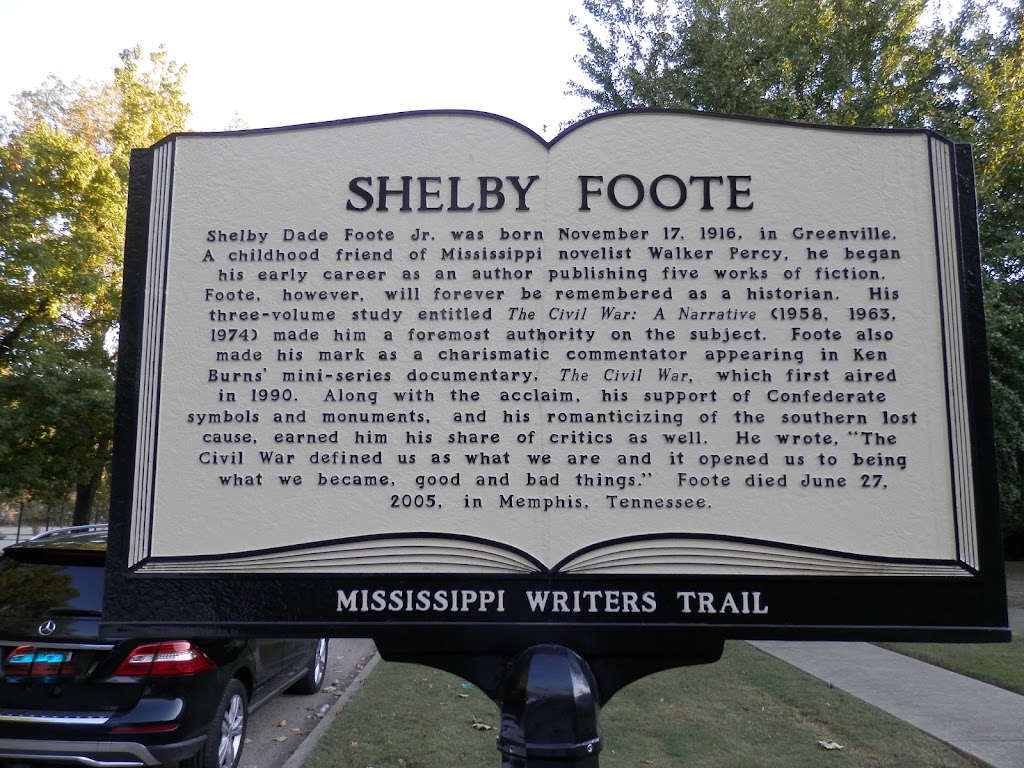 Shelby Dade Foote Jr. was born November 17, 1916, in Greenville. A childhood friend of Mississippi novelist Walker Percy, he began his early career as an author publishing five works of fiction. Foote, however, will forever be remembered as a historian. His three-volume study entitled The Civil War: A Narrative (1958, 1963, 1974) made him a foremost authority on the subject. Foote also made his mark as a charismatic commentator appearing in Ken Burns' mini-series documentary, The Civil War, which first aired in 1990. Along with the acclaim, his support of Confederate symbols and monuments, and his romanticizing of the southern lost cause, earned him his share of critics as well. He wrote, *"The Civil War defined us as what we are and it opened us to being what we became, good and bad things." Foote died June 27,2005, in Memphis, Tennessee.