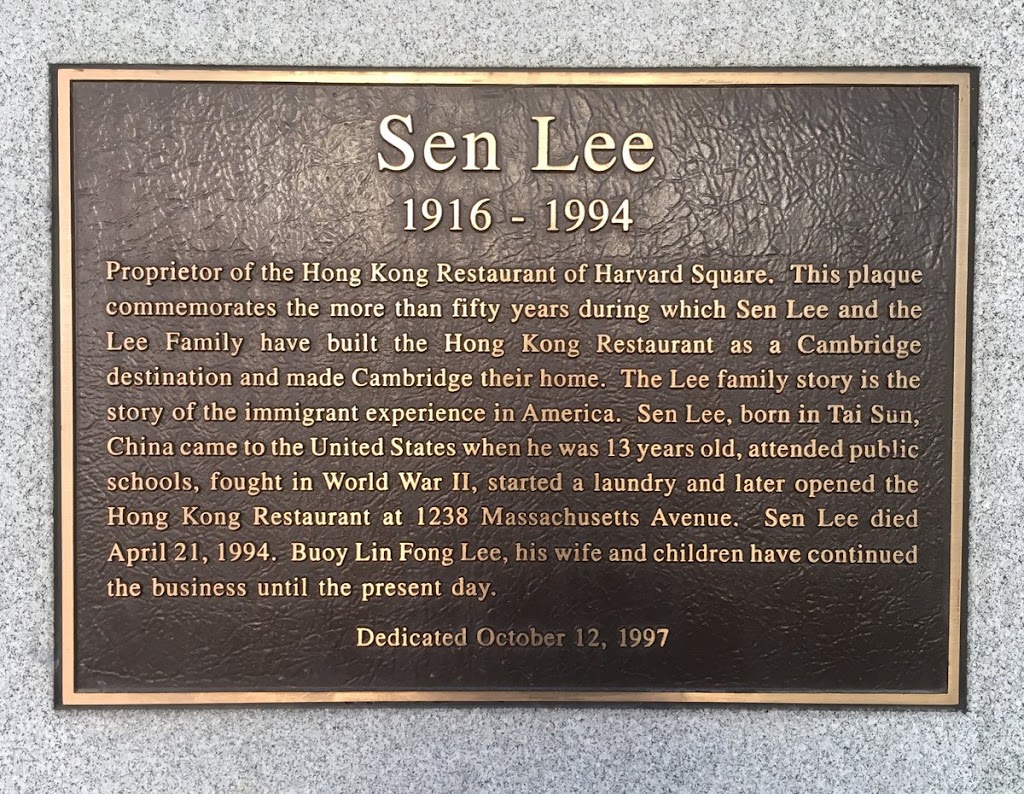 1916 1994
Proprietor of the Hong Kong Restaurant of Harvard Square. This plaque
commemorates the more than fifty years during which Sen Lee and the
Lee Family have built the Hong Kong Restaurant as a Cambridge
destination and made Cambridge their home. The Lee family story is the
story of the immigrant experience in America. Sen Lee, born in Tai Sun,
China came to the United States when he was 13 years old, attended public
schools, fought in World War II, started a laundry and later opened the
Hong Kong Restaurant at 1238 Massachusetts Avenue. Sen Lee died
April 21, 1994. Buoy Lin Fong Lee, his wife and children have continued
the business until the present day.