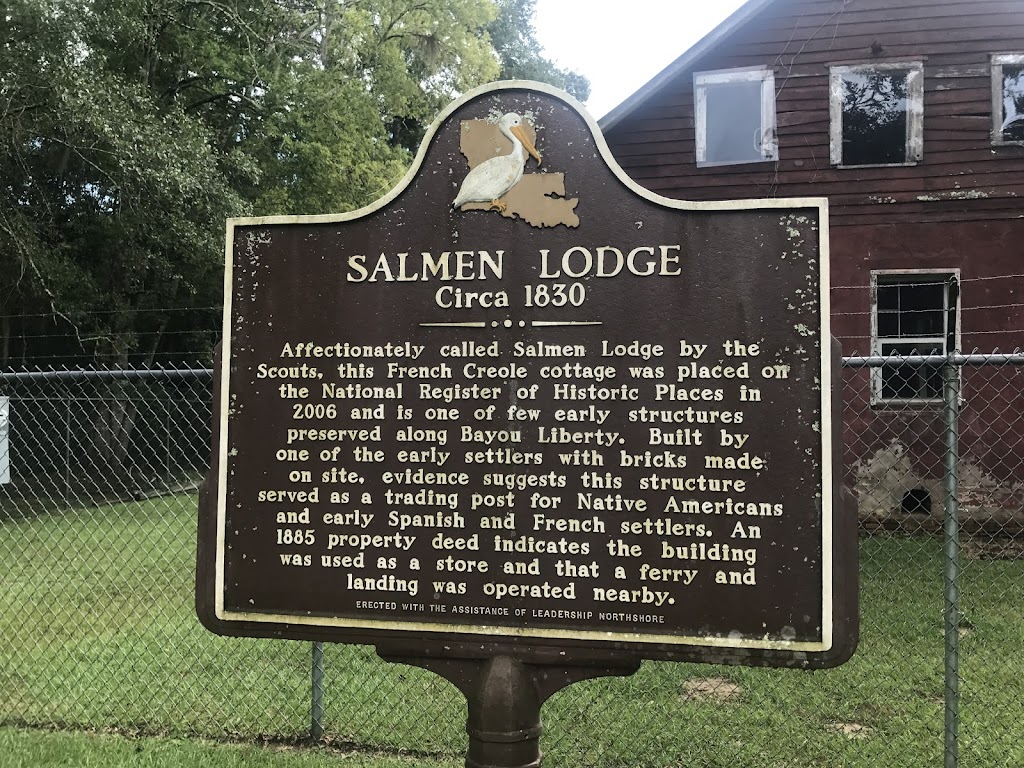 Affectionately called Salmen Lodge by the Scouts, this French Creole cottage was placed on the National Register of Historic Places in 2006 and is one of a few early structures preserved along Bayou Liberty. Built by one of the early settlers with bricks made on site, evidence suggests this structure served as a trading post for Native Americans and early Spanish and French settlers. An 1885 property deed indicated the building was used as a store and that a ferry and landing operated nearby.