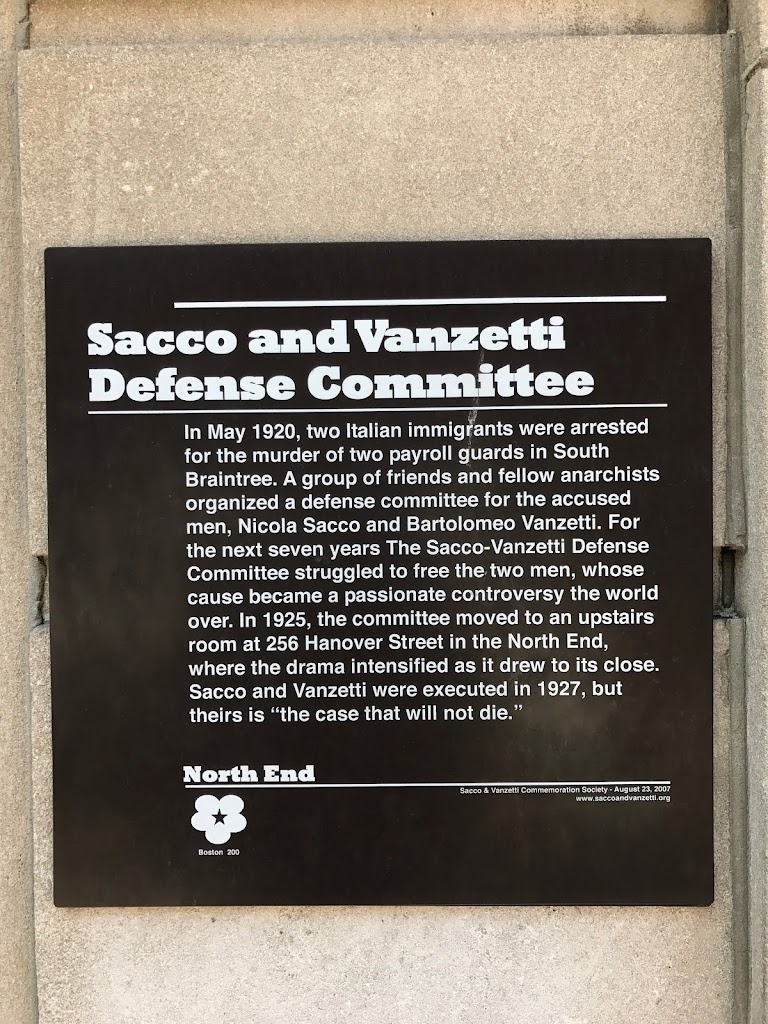 In May 1920, two Italian immigrants were arrested for the murder of two payroll guards in South Braintree. A group of friends and fellow anarchists organized a defense committee for the accused men, Nicola Sacco and Bartolomeo Vanzetti. For the next seven years The Sacco-Vanzetti Defense Committee struggled to free the two men, whose cause became a passionate controversy the world over. In 1925, the committee moved to an upstairs room at 256 Hanover Street in the North End, where the drama intensified as it drew to its close. Sacco and Vanzetti were executed in 1927, but theirs is the case that will not die."