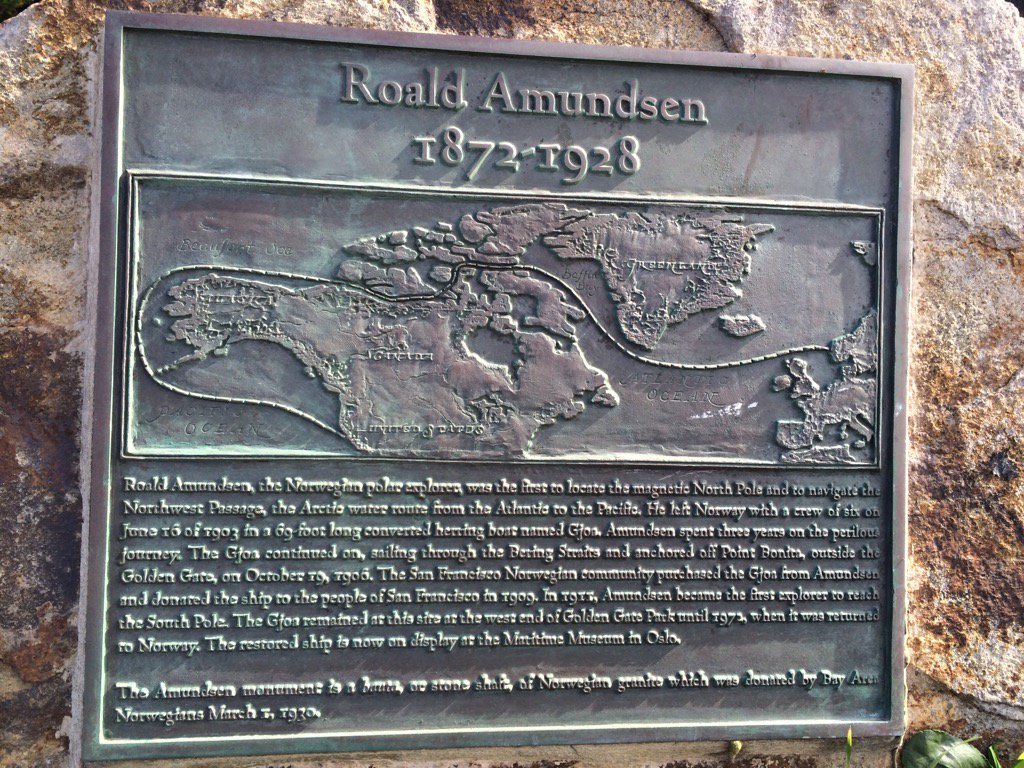 Roald Amundsen, the Norwegian polar explorer, was the first to locate the magnetic North Pole and to navigate the
Northwest Passage, the Arctic water route from the Atlantic to the Pacific. He left Norway with a crew of six on
June 16 of 1903 in a 69-foot long converted herring boat named Gjoa. Amundsen spent three years on the perilous
journey. They Gjoa continued on, sailing through the Bering Straits and anchored off Point Bonita, outside the
Golden Gate, on October 19, 1906. The San Francisco Norwegian community purchased the Gjoa from Amundsen
and donated the ship to the people of San Francisco in 1909. In 1911, Amundsen became the first explorer to reach
the South Pole. The Gjoa remained at this site at the west end of Golden Gate Park until 1973, when it was returned
to Norway. The restored ship is now on display at the Maritime Museum in Oslo.

The Amundsen monument is a bauta, or stone shaft, of Norwegian granite which was donated by Bay Area
Norwegians March [?], 1930.