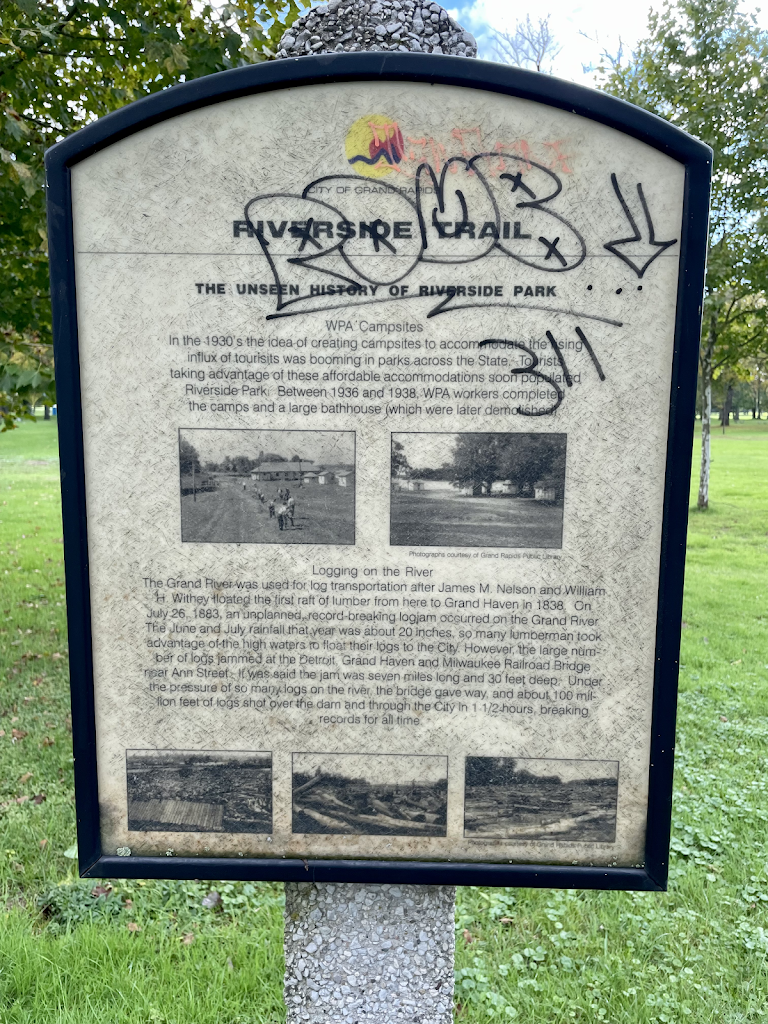 In the 1930's the idea of creating campsites to accommodate the rising influx of tourisits [sic] was booming in parks across the State. Tourists taking advantage of these affordable accommodations soon populated Riverside Park. Between 1936 and 1938, WPA workers completed the camps and a large bathhouse (which were later demolished).

Logging on the River

The Grand River was used for log transportation after James M. Nelson and William H. Withey floated the first raft of lumber from here to Grand Haven in 1838. On July 26, 1883, an unplanned, record-breaking logjam occurred on the Grand River. The June and July rainfall that year was about 20 inches, so many lumberman took advantage of the high waters to float their logs to the City. H owever, the large number of logs jammed at the Detroit, Grand Haven and Milwaukee Railroad Bridge near Ann Street. It was said the jam was seven miles long and 30 feet deep. Under the pressure of so many logs on the river, the bridge gave way, and about 100 million feet of logs shot over the dam and through the City in 1 1/2 hours, breaking records for all time.