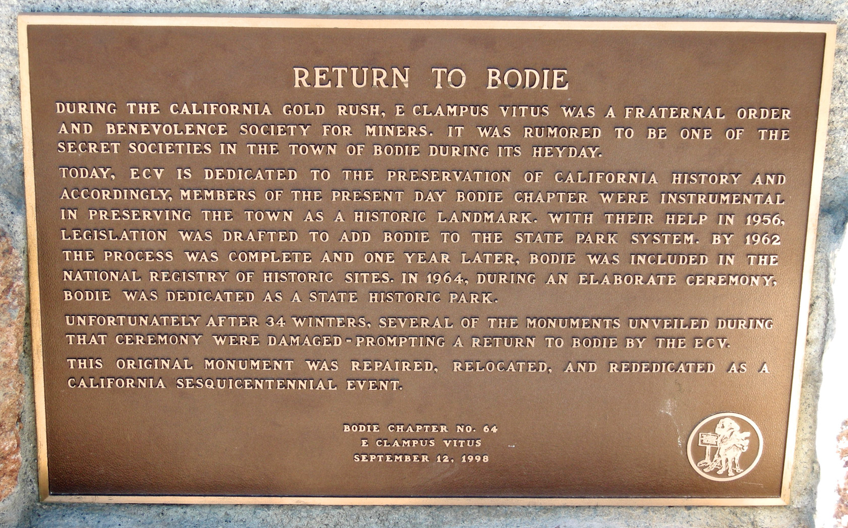 During the California Gold Rush, E Clampus Vitus was a fraternal order and benevolence society for miners. It was rumored to be one of the secret societies in the town of Bodie during its heyday.

Today, ECV is dedicated to the preservation of California history and accordingly, member of the present day Bodie Chapter were instrumental in preserving the town as a historic landmark. With their help in 1956, legislation was drafted to add Bodie to the state park system. By 1962 the process was complete, and one year later, Bodie was included in the National Registry of Historic sites. In 1964, during an elaborate ceremony, Bodie was dedicated as a state historic park.

Unfortunately after 34 winders, several of the monuments unveiled during that ceremony were damaged--prompting a return to Bodie by the ECV. This original monument was repaired, relocated, and rededicated as a California sesquicentennial event.