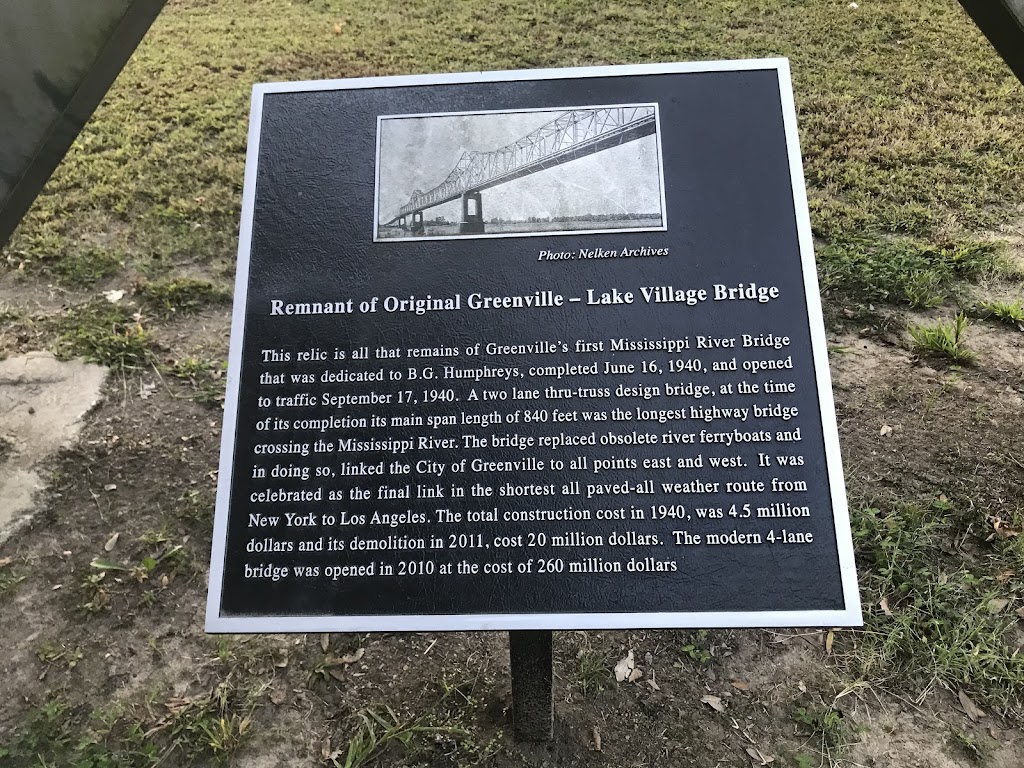 This relic is all that remains of Mississippi's River Bridge that was dedicated to B.G. Humphreys, completed June 16, 1940, and opened to traffic September 17, 1940. A two lane thru-truss design bridge, at the time of its completion its main span length of 840 feet was the longest highway bridge crossing the Mississippi River. The bridge replaced obsolete river ferryboats and in doing so, linked the City of Greenville to all points east and west. It was celebrated as the final link in the shortest all paved-all weather route from New York to Los Angeles. The total construction cost in 1940, was 4.5 million dollars and its demolition in 2011, cost 20 million dollars. The modern 4-lane bridge was opened in 2010 at the cost of 260 million dollars