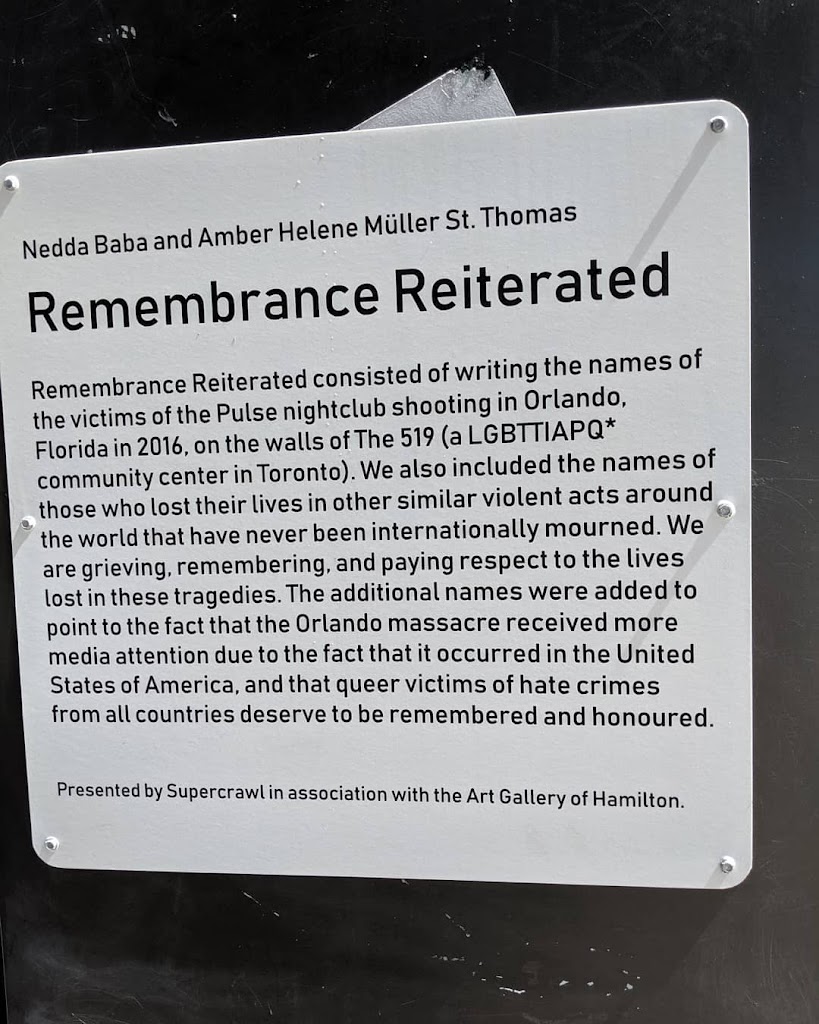 Nedda Baba and Amber Helene Müller St. Thomas
Remembrance Reiterated
Remembrance Reiterated consisted of writing the names of
the victims of the Pulse nightclub shooting in Orlando,
Florida in 2016. on the walls of The 519 (a LGBTTIAPQ*
community center in Toronto). We also included the names of
those who lost their lives in other similar violent acts around
the world that have never been internationally mourned. We
are grieving, remembering, and paying respect to the lives
lost in these tragedies. The additional names were added to
point to the fact that the Orlando massacre received more
media attention due to the fact that it occurred in the United
States of America, and that queer victims of hate crimes
from all countries deserve to be remembered and honoured.
Presented by Supercrawl in association with the Art Gallery of Hamilton.